The methane danger of permafrost

Several years ago, many people all over the world were surprised to learn that permafrost poses a serious threat to the environment. The methane bomb that currently remains in the natural refrigerator of the planet may explode under the conditions of global warming to bring a plethora of problems to the whole planet. It's all about gas hydrates. 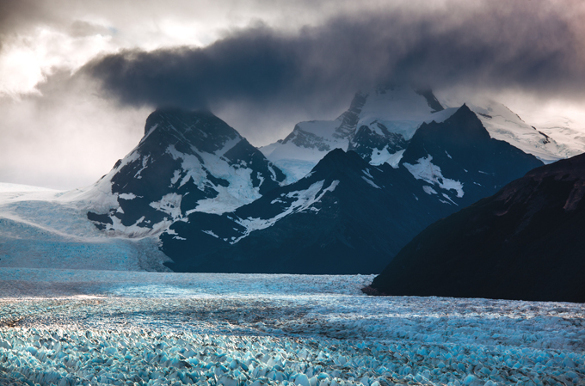 Soil erosion and the melting of massive ice formations that fill cracks in permafrost was observed on the Russian Arctic coast and in the mouth of the Lena River. These natural processes release methane in the atmosphere. We are witnessing a vicious cycle: the release of methane leads to the "greenhouse effect" and the warming of the atmosphere. All this triggers the melting of ice in permafrost thus intensifying the "methane attack."

In Siberia, tens of thousands of tons of ice methane are released into the atmosphere every year. Methane, like other hydrocarbons, is a combustible gas that could be extracted for industrial purposes.

The discovery of gas hydrates is now called a revolution in the energy sector. The reserves of gas hydrates on the planet are enormous. In the depths of the Earth, gas hydrates take a third of the land surface and nine-tenths of the surface of world oceans. On the ground surface, this "hard gas" exists in a frozen state. Underneath the waters of the oceans, under hundreds of atmospheres of pressure, gas hydrates exist without glaciation as whitish crystals, the external and physical properties of which resemble ice.

Yet, they are a solid compound of molecules of gas and water. The unit cell of their crystal lattice is an openwork frame that usually consists of six water molecules and a highly compressed gas molecule inside. Essentially, it is frozen water with hydrocarbons. The energy capacity of this amazing substance is quite high: one cubic meter of crystalline hydrate includes up to 200 cubic meters of combustible gas, such as methane.

It is generally believed that chemical reactions are inhibited at low temperatures. Therefore, the formation of oil and gas in permafrost is unlikely. It was discovered, though, that the formation or destruction of ice (or hydrates) triggers the charge separation process. The potential at "water-ice" boundary may reach 300 volts. The movement of fluid and vigorous mass transfer intensifies polarization. This is the mechanism that is responsible for the separation of ions and electrons in the rocks.

Special liquids were invented to destroy frozen gas hydrates. Engineers developed projects for the extraction of so-called hard gas in permafrost. On land, the reserves of gas hydrate deposits are inferior to conventional gas deposits. In marine sediments and at a depth of tens of meters, their resources can be easily exploited.