US-created ISIS to return to its homeland, USA

The US president appeared in a televised address after the tragic events in California, when 14 people were killed in San Bernardino. Obama called the incident a new phase of terror and threatened to destroy Daesh (ISIS). 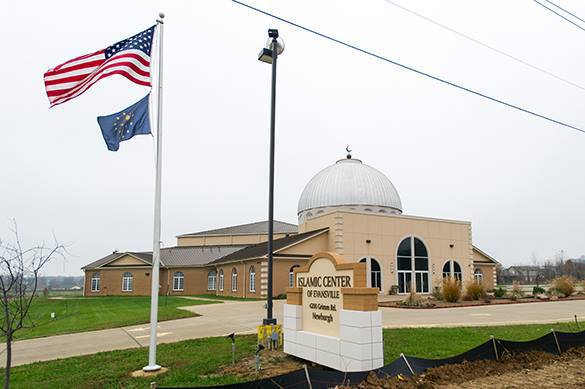 Pravda.Ru asked an expert opinion from leading researcher of the Russian Institute of Strategic Research, Candidate of Economic Sciences Yuri Glushchenko, about the "new phase of terror."

According to our expert, in the United States, everything that is related to Islam is categorized as  terrorist attacks. When a white citizen enters a church for black people and shoots a dozen of black people there - this is a viewed as a hate crime that stipulates a different punishment under a different article of the criminal code.

The US is concerned about the developing influence of the Islamic State, but these concerns mostly appear in social networks. "This organization appears in American social networks, where the FBI and other intelligence agencies control everything, and this raises concerns in the American society. This is a new problem that touches upon not only the States, but also Russia and the rest of the world," the expert told Pravda.Ru.

Obama urged Congress to take action to impose a ban on gun sales to all terrorist suspects. According to Yuri Glushchenko, this measure will not help, because gun sales in the United States are free and can be conducted through straw people. "Obama has long called for official records in arms sale, but there is no single database for all states in the country," the expert said.

Obama wants Russian President Putin to "remember Afghanistan," but he does not remember Iraq, Afghanistan and Syria. Obama can not control Afghanistan, and the Islamic State started penetrating the parts of Afghanistan that border on former Soviet republics, said Yuri Glushchenko.

The Americans should remember that when the Soviet Union sent troops to Afghanistan, the Mujahideen resistance appeared, and mercenaries from around the world started joining the movement. "This is what is happening now too, although this time they are fighting the Americans.  The Americans should remember that they had created the Mujahideen front that boomeranged to the US. This is a boomerang of the Cold War. ISIS may strike the USA, because the Americans contributed to the development of the Islamic State in the Middle East as well, as they hoped to save the conflict in Syria by means of proxy warfare.