Can humans conquer space at least a little bit?

People have been cherishing the dream of flying to other planets for decades. However, space is the environment that is highly hostile to humans. Space per se excludes life and only accepts death. Death may occur right on the way to space. Does it mean that space is not a place for humans? 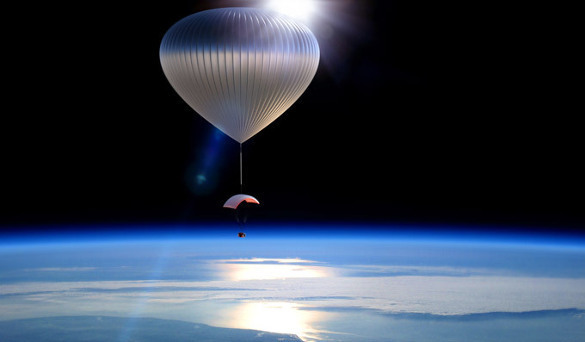 Blasting off from spaceport

Unbearable roar in the ears and launch acceleration is a common experience for trained cosmonauts. Yet, there is always a probability for something to go wrong.  There was a great deal of catastrophes in the history of space exploration that took place during the take off stage.

With zero gravity, human body does not need to carry its own weight. In only one week in space, one looses 20 percent of their body weight. Bones do not perform enough physical exercises, and the lack of physical activity leads to osteoporosis.

When on earth, one only has to walk to keep their body in shape. In space, there is no such possibility. When astronauts and cosmonauts return back home, they may suffer from serious ailments. However, space travelers are aware of that. Every resident of the International Space Station spends not less than two hours a day doing physical exercises.

There are tens of thousands of pieces of garbage in space - they are mostly fragments of defunct spacecraft. Space garbage may often cause damage to operating equipment.

The magnetic field of the earth protects us from space and solar radiation. If it wasn't for the magnetosphere, planet Earth would have lost its atmosphere to become an endless desert.

Space kills the human body. Space radiation affects the human DNA. Too much of exposure may lead to cancerous diseases for space researchers. If one takes effort to restrict the influence of radiation, it will still affect lymphocytes thus reducing the protective functions of the immune system.

There are some scary tales about living in space that have nothing to do with reality. For example, it is hard to freeze to death in vacuum. It is very cold in space indeed, but the body needs to give away heat to freeze. The process requires the presence of certain environment that does not exist in space. Therefore, it takes quite a lot of time to freeze to death in space.

Exploding in vacuum is a complicated thing to do as well. There is not enough pressure in space to break through chemical compounds of human skin, so the body will not explode like a balloon.

However, the air from your lungs and gas from the intestinal tract will come out of the body. All liquids in the human body, such as saliva, tears and water in internal organs, will evaporate. Chances for survival under such conditions are zero.

Let's just imagine that we have managed to overcome the above-mentioned and many other difficulties to reach the edge of our solar system. The nearest star system, Alpha Centauri, is 4.37 light years away from us. This is so far that even with the modern development of space technology, members of a manned space flight would all die natural deaths before they enter interstellar space.