Gold did not have value thousands of years ago

It is generally believed that gold is a standard of the concept of value. However, it was not always the case. The tribes that were inhabiting Britain 4,500 years ago, used to trade gold jewelry, but preferred to sell them to outlanders, because they did not see gold as something valuable, Alistair Pike and his colleagues at Bristol University concluded as a result of their recent study. 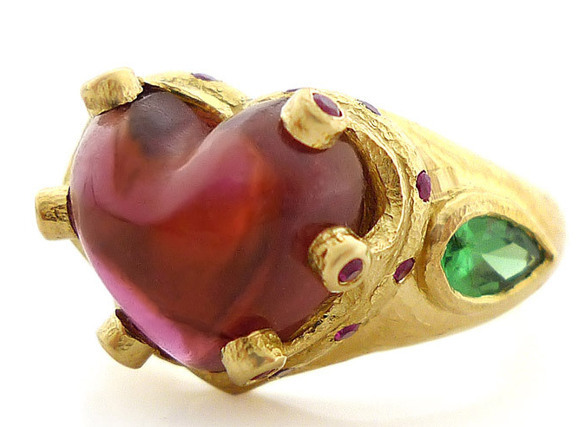 "The results ... show that there was no universal value of gold, at least until perhaps the first gold coins started to appear nearly two thousand years later," said Dr. Pike, a co-author of the study. "Prehistoric economies were driven by factors more complex than the trade of commodities - belief systems clearly played a major role."

The researchers studied the isotopic composition of the Bronze Age jewelry found on the territory of modern Ireland. The jewelry was made of gold with a mixture of isotopes of lead typical of gold deposits located in Cornwall and other regions of the south-west of England.

The discovery startled the scientists, because there were gold deposits in Ireland back in those years. In Bronze Age, people did not have to travel to Cornwall to find gold as they could find it on the territory of modern Ireland. In Cornwall, though, gold jewelry is rare.

According to Dr. Pike, residents of modern Cornwall did not consider gold as a precious metal. They used to sell it to other peoples from other territories.

It just so happens that the British were eager to get rid of gold, while the Irish wanted to possess it. The researchers supposed that ancient inhabitants of the Emerald Isle could worship gold as a sacred metal. They could not dare to even touch their own gold deposits to avoid trouble.

Also read: The truth behind the Swiss gold referendum

Historical findings indicate that humans started mining gold in the 5th century BC, during the Neolithic period, when gold mostly existed in the form of nuggets. Systematic mining of gold was launched in the countries of the Middle East. In turn, the latter would supply gold jewelry to Egypt. In the tombs of Egyptian Queen Zer and one of the country's rulers Pu-abi of Ur, which belonged to the Sumerian civilization, scientists found gold jewelry dating back from the III millennium BC. Until recently, they were considered the most ancient gold jewelry in the world. It turns out today, though, that Cornish gold products found in Ireland are even more ancient.

In Russia, people started mining gold only during the era of Peter the Great. Prior to that, Russia was exporting gold in exchange for various goods. The gold mining era started in Russia in 1732 in the Arkhangelsk province. Its development began only in 1745 and continued until 1794 to produce only 65 kilograms of the precious metal during the entire period. The official date, when gold mining started in Russia is believed to be May 21 (June 1), 1745, when Erofey Markov said that he had found gold ore in the Urals.