Conversation with Roberts: the Paris affaire

Just spread the news of the terrorist attack against the Parisian satirical newspaper Charlie Hebdo there were now many stances in favor of press freedom and of course, expressions of condolence to the victims: je suis Charlie instantly became the new mantra for all those who have discovered themselves novel champions of the freedom of speech. The West, you know, now lives of mantra more than an orthodox Buddhist. 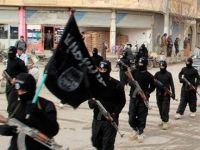 For avoidance of doubt, however, I want to say right away that the twelve deads in Paris are really victims of a real terrorist attack, anyone who has been to make it happen and whoever is was his principal. But after a couple of months maybe you can watch the story in perspective by recalling some things.

For example, that satire is such when its target is specific because it represents the power but not when it is generalized and affects the pile injuring the sensitivity of a large part of the world population: in this case it is insult and not satire. Worse if at the end some groups or populations strangely but de facto result immune from the barbs of a mocking satire. You should also remember the long tradition of false flag operations that the Westerner Intelligences have against those same populations that they should, for institutional mandate, instead protect. Finally, you should always ask to yourself the classic question: cui bono? Invented by the ancient Romans, it is still valid and especially to the present day.

We asked Dr. Paul Craig Roberts to express his opinion about the events in Paris.

Q) Dr. Roberts, thank you very much for being here once again to answer our questions. Today we would like to talk with you about an important  subject, a real leitmotiv of these our days. We often speak of democracy and of her close partner, the press freedom. Especially when both, according to some people, are missing for others but never for ourselves. So my first question for you is this: in your opinion, what is today the press freedom?

A) There is no press freedom in the Western print and TV media.  The media serves as a propagandist for Washington and as a protector of the interests of its commercial advertisers. In the US six mega-companies control 90% of the print, radio, and TV media. Sharyl Attkisson, a 21-year veteran reporter with CBS resigned on the grounds that CBS was committed to Washington's propaganda and its advertisers and not to truth. Former New York Times editor Jill Abramson said that the New York Times protected the Bush regime from harmful stories. Recently the resigned chief political correspondent for the UK Telegraph said that the newspaper was more committed to protecting its advertisers among the large banks than it was to truthful reporting. A former editor of one of Germany's largest newspapers wrote in a recently published book that he published  stories handed to him by the CIA as do many European journalists.

Q) Each of us needs the limits, needed to define ourselves and our relationships with others. What are the limits of press freedom in our modern society?

A) In Western society press freedom is only permitted in the sense that the press is permitted to be free from the truth and to lie in order to support Washington's demonizations of foreign leaders, such as Putin, Assad, Gaddafi, Saddam Hussein.

A) There is no longer any such freedom.  "Nonsense" can be said about Muslims and Russians, but not about Jews and Israelis or about homosexuals.

Q) And then... let's go to Paris. Let's pretend is January 7, 2015, at 11 and 30. Two masked men armed with Kalashnikovs. Twelve dead. Only the attack of two vengeful fanatics against a newspaper too satirical or is there something else?

A) The only evidence that the brothers committed the attack is the claim that they left in the get-away car. So once again, as in 9/11 and in the Boston Marathon Bombing, the only evidence is the word of the authorities and there is no investigation by the media.

Q) Well... ID cards in the car, a very accurate strike, a very strange run after it and, of course, the final ending. The dead don't talk. Right?

A) The dead are not available to contradict the government's story.

Q) Dr. Roberts, I saw the cartoons published by Charlie Hebdo. Many of them are particularly obscene towards Islam and Christianity. No mockery towards Israel and Judaism. That of Charlie is a satire hanging from a part?

A) In the West satire is only permitted against approved targets.

Q) Cover-operation. False-flag operation. These are expressions entered the common talking of many people. But if that in Paris was a covert operation, this means that France is no longer a sovereign Nation. Adieu belle France?

A) France has not been a sovereign nation since it joined the EU and NATO.

Q) The mainstream media have embraced the official version.  Can we still rely on the press and on her ability to inquiry?

A) The press does not inquire about anything of significance. The Western press is only permitted two functions: to validate by repetition Washington's propaganda and to attack truth-tellers as "conspiracy theorists", "terrorist sympathizers" and "Putin stooges."

Once again, we thanks Dr. Roberts for sharing with us his ideas.