Berlin Film Festival: The German critics are euphoric: they had never seen (told in the collective film Victory, by the German Sebastian Schipper), a successful author of films within the genre defined as polar, a German author and using the current language of today's German youth. 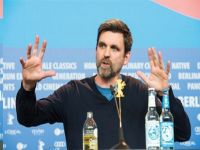 The German critics are euphoric: they had never seen (told in the collective film Victory, by the German Sebastian Schipper), a successful author of films within the genre defined as polar, a German author and using the current language of today's German youth. The acclaimed film is a break in the genre and will undoubtedly guarantee success among youth, including Brazilians if taken to Brazil.

Other than that, the 2:40m.-long film, also has originality - it was made in what is called on take, or single shot scenes without further need of shooting. That is, to finish filming, the film was ready, as its director Schipper stated with considerable pride, causing a reaction of applause.

The scenario starts with the young Victoria (Laia Costa), Spanish, staying for three months in Berlin, living a bad encounter, a bad time and taking bad decisions, when leaving a nightclub when she finds four young Germans and decided to spend the night with them. They, somewhat drunk and Victoria also, live a moment of joy common among young people, but the Spanish girl is unaware that the Germans have a mission to fulfill, in the morning at dawn:  to rob a bank.

Caught up with her happy and recent friends, she accepts to drive the car without knowing it was stolen, to be used in the assault. And maybe impressed by adrenaline created with the vision of revolvers and tension preceding the assault, she ends up getting involved.

After the robbery, the four could have gone immediately to a hiding place, however savoring the joy of having with tthem 50,000 euros, decided to go to celebrate at a club while police located the stolen car used in the robbery near the nightclub. Upon leaving the nightclub, they then face a police operation, are caught up in a shooting and the young head of the group is killed. Victoria, virtuoso pianist, cheerful, communicative, talkative and somewhat naive, is forced to run in the middle of the firefight and even take a baby as a hostage to escape to the building where she hid.

There have been celebrated films involving young women involved in assaults by love, like Godard, or Bonnie and Clyde, Arthur Penn, based on true stories. But perhaps the originality of Victoria is to be a young girl engaged by a group of petty criminals and to have been made in one take.

Schipper's account tells us he had not originally thought of being the author of a film. His intention was to create another kind of suspense -. "One thing is to take the audience by the character of Victoria, to participate in the assault, creating the sweat and adrenaline factor. This also needed to be provided with a shoulder and mobile camera take that with modern technology, you can shoot up to three hours, and the movie came close, there were only 20 minutes left".

The screenplay of the film has 12 pages and was based on the tests, however, according to Schipper, most of the dialogue between the actors was improvised. "The actors rehearsed and repeated several times the scenes until they are on the spot, because they knew they should interpret in the most natural way possible and without right to new takes on the day of actual filming."

The improvisational skills of actress Laia Costa ensured the success of the film, which revolves around her. "The world is hard and difficult, few young people are able to enforce and carry out their projects, the vast majority is left out. This is normal and some try to compensate for the frustrations breaking the rules and getting involved in crime".