Love among the ruins of capitalism 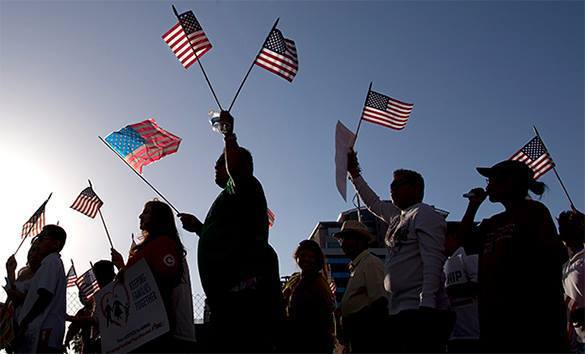 For a crowd is not company, and talk but the tinkling of cymbals,

and faces but a gallery of pictures, where there is no love--Franics Bacon

They have no compassion, just "the cult of the self" (C. Lasch), each trying to manipulate the attention of others, and thus wrote Seneca satis magnum alter alteri theatrum sumus, but unwilling to pay attention to anyone but themself; if it is not about themself, they are not interested. They are violent, and gun each other down at an alarming rate, but it were merely to protect property. They maliciously call the police on each other, and to those Fascists, he who calls the police first is in the right. Burn the house down to fry an egg, and use a police sledge hammer to swat a fly. If Jesus did come back to earth, an American would call the police on Him.

America is the most backward society on earth. The duplicity is astonishing, but the aim is always celebrity and money and power. There is no other value in that barren land. Preachers do not preach, and teachers do not teach because they have another sociological function. The police do not "serve and protect" the peope they beat, Taser, illegally arrest and shoot because their true sociological function is the annihilation of the Bill of Rights and grass roots political action to overthrow the profit system. The police accordingly enjoy de facto immunity for their many crimes. The L.A. police who beat Rodney King were found not guilty of beating Rodney King, and policeman WIlson who gunned down an unarmed black man was not prosecuted for gunning down the seventeen-year-old unarmed black man.

They exult marriage yet every other union results in divorce, the people being incompatible with all humanity; hence they bounce around from relationship to relationship, mindlessly and mistakenly bringing "kids" into the world where they receive the worst parental care of all. The children variously hate, rule and manipulate their parents. Even stable loving marriages are characterized by manipulation. Their "love" extends to the highest rate of imprisonment, jailing and hospital-imprisonment in the world. Judges, prosecutors and police are corrupt, all employed by the same entity, the county, yet they maintain the lie that their corruption is unbiased and objective. Judges become prosecutors, and vice-versa, judges know all the prosecutors, and vice-versa. Judges and magistrates casually sentence a man to 20 years in prison and then leave at 1p.m. for a leisurely work day while people languish in jail awaiting, but convicted of nothing, the disposition of their case. The jails hence are in reality functioning as prisons. To make money, states are using the prison boom to farm out cheap prison labor (13 cents an hour for the inmate), and millions in revenue for stadiums and arenas and gambling casinos. See how these Christians love one another?

They are corrupt, toting their children, vinum deamonum, and images of their children--figs out of thistles--as trophies for more manipulation of others' attention. Still wouldst thou perform, but they have eyes in vain. They are out-and-out conformists--all alike!--and do not dwell among the unbtrtodden ways, and the cliche taking the road less traveled is never done.

Being the world's foremost opportunists, taking to lucrative fame as a fish to water, and getting an endorsement agent, and what one will, they have no insight into their own misery. Of class not a word, Habit rules the unreflecting herd. Since they do not think and cannot reason, they have no hope, til the system collapses entirely. They are corrupt, hailing as "wounded warriors" and "POW/MIA" the criminals who bomb others they never met. ‎Multis utile in bellum. Their charity is corrupt, being woefully inadequate, overpublicized, though ever so little, and the media never asks why charity must be so haphazard and unorganized, with the usual high-salaried sinecures at the top, instead of organized by government. Finally, they are corrupt because they are blind to the ruling class, corporate-censorship of the media and to propaganda with a thick layer of sentimentality. Judging by television, the poor are exploiting the rich at an unprecedented tempo. There's a divinty that shapes our ends--but not the end of this monstrosity.

John Fleming is the author of a book called Word Power (available from Amazon.com.)