Russia to be disconnected from the Internet?

The issue of security of the Russian segment of the Internet will be a topic for discussion at the meeting of the Russian Security Council, with the participation of President Vladimir Putin and several high-ranking officials. The meeting will take place next week. According to various reports, the officials will make a number of decisions regulating the use of the Internet in Russia, providing for the ability to cut the Russian Internet, known as Runet, from the outside world, in case of emergency. 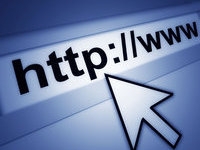 Officials at the Ministry for Communications, the Vedomosti newspaper wrote, will inform the president on the results of July tests that showed the vulnerability of the Russian segment of the world wide web.

This is not a question of disconnecting Russia from the international network, yet, Russian operators will need to set up their equipment in a way to be able to disconnect the Russian Internet from the global network quickly in case of emergency, the newspaper wrote. As for the state of emergency, it goes about both military actions and large-scale riots in the country.

In addition, the government reportedly discusses a possibility to empower the state with the function to administer domains. Currently this is a function of a public organization - the Coordination Center for the National Domain of the Internet.

The purpose of the possible measure is not to isolate Russia from the outside world, but to protect the country, should the USA, for example, decide to disconnect Russia from the system of IP-addresses. It will be possible to avoid this threat, if Russia has a local regulator to distribute IP-addresses inside the country, rather than the ICANN, controlled by the United States government. This requires operators to set up "mirrors" that will be able to receive user requests and forward them to specific domain names.

Russian IT specialists have already discussed such an opportunity and said that it would be hard, but possible to do. This will require a connection with a country, where there is no such prohibition. Any CIS country, for example, could become a donor of the free Internet in this case.

The president's press secretary, Dmitry Peskov, strongly refuted the above-mentioned media reports. "Of course, disconnecting Russia from the global Internet is out of the question," he said. However, he added, "our partners in the United States and in Europe have been quite unpredictable lately." "In Russia, we must think how to ensure our national security." He confirmed that Russia was developing measures in the field of information security.

Meanwhile, representatives of the Coordination Center for the National Domain of the Internet said that they were prepared for Russia's possible disconnection from the global network. "The infrastructure of national domains that has been built over 20 years, will withstand any attack," the press service of the center told ITAR-TASS.

The head of the League of Safer Internet, Denis Davydov, said that the changes would be prepared in case Russia was going to be cut off from the Internet from the outside. There is such a possibility, the expert said, although he preferred not to comment on how high such a probability could be.

According to him, ICANN international corporation, which manages all domain names, IP-addresses of the Internet and regulates global address Internet space, still remains under the supervision of the US Department of Commerce.

Rumors of tightening control over the Russian segment of the Internet appeared in spring, against the backdrop of deteriorating relations with the West. It was said that a work group of the presidential administration was developing a new three-level system of data transfer to ensure all traffic of regional and local operators goes only through networks of Russian national operators. It was also said that placing DNS-servers of .ru .rf domains outside Russia would be prohibited. However, press secretary of the Russian president, Dmitry Peskov, said that he had never heard of the existence of such a work group.

In early September, State Duma deputies appealed to the government with a request to prepare a "plan of civil defense," should Russia be disconnected from the Internet, to prevent damage to banking and commercial organizations, the work of which is based on the world wide web.