How Can We Destroy Love? 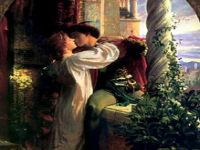 But first, what is love?

In essence, love is a feeling. It is not something you experience as a thought, although a thought might arise from the feeling. Love precipitates a certain type of behavior. This might include showing someone that we care about them deeply. Often, it means taking action that demonstrates our love. Perhaps even that we are willing to make concessions or sacrifices for their benefit. Depending on the context, love might be accompanied by some companion feelings such as compassion, empathy and sympathy.

The problem with love is that it might incline us to act with genuine concern for others. In fact, we might act as if someone else or others in general are as important as are we. And if we did that, it would ruin our chances of getting as much as we can for ourselves at the expense of those around us.

So how can we destroy love?

The best way is to terrorize a child. How? The most effective way to terrorize a child is to do what parents ordinarily do in the belief that we need to 'socialize' children in the ways of their society. This involves inflicting what I have called 'invisible' violence as well as 'utterly invisible' violence on children throughout their childhoods so that they become obedient and easily controlled slaves. For a thorough elaboration of this point, see 'Why Violence?' http://tinyurl.com/whyviolence and 'Fearless Psychology and Fearful Psychology: Principles and Practice' http://anitamckone.wordpress.com/articles-2/fearless-and-fearful-psychology/

So what is 'invisible' violence? Here are a few examples from my list of more than 200: blaming, condemning, insulting, mocking, embarrassing, shaming, humiliating, taunting, goading, guilt-tripping, deceiving, lying to, bribing, blackmailing, moralizing with and/or judging a child.

And what is 'utterly invisible' violence? It is deliberate interference in the expression of the child's feelings and the behavioral responses naturally generated by these feelings (including when these feelings and behaviours arise in response to our visible or 'invisible' violence). This 'utterly invisible' violence occurs when we ignore, comfort, reassure, distract, laugh at, ridicule, scream at, hit, restrain or punish a child who is crying, scared, angry or otherwise expressing and/or acting on their feelings. When we do this, our unconscious message to the child is clear: 'Don't feel and act on your feelings, unless they are happy or loving ones, or I will terrorize you until you stop!'

If you terrorize a child in this way they will become fearful of listening to their feelings. Moreover, as they lose their courage to fight back against your violence, they will accumulate feelings of self-hatred as well. However, without a safe opportunity to feel this fear and self-hatred in order to release them, the fear and self-hatred will be suppressed below their conscious awareness. And given the extraordinarily unpleasant nature of these feelings - who wants to feel like a coward and to hate themselves? - the fear and self-hatred will be projected as fear of and hatred for 'socially legitimized victim groups': depending on the social context, this will usually be people of other racial or religious groups.

This projected fear and self-hatred is most readily observed in the behavior of political leaders such as US President Barack Obama, UK Prime Minister David Cameron and Israeli Prime Minister Benjamin Netanyahu who are so obviously terrified and devoid of self-love and, hence, the capacity to love others that killing people, including children, is the intended and routine outcome of their military violence.

The projected fear and self-hatred of corporate figures like Bill Gates, the Walton family (of Walmart) and their fellow billionaires and millionaires is also readily observed. Again, devoid of love for themselves, they cannot feel love, compassion, empathy or sympathy for those 50,000 people in Africa, Asia and Central/South America who are starved to death each day because of corporate capitalism's control of the distribution of the world's resources to maximize their corporate profits and personal wealth, often at the expense of their heavily exploited employees as well.

In stark contrast to the individuals mentioned above, the self-love and, therefore, love for others is obvious in the behavior of people like Noam Chomsky, Mairead Maguire, Chandra Muzaffar and Kathy Kelly who devote their lives to articulating and acting on the nonviolent truth.

If you want your child to love themselves and others, it is essential that you do not terrorize them into doing what you want (or you must let them have their feelings about your violence if, occasionally, you do terrorize them). If you love your child, let them behave in accordance with their own feelings, not yours. That is what evolution intended. It had a few billion years to work it out.

If you like, you can listen to a song by Anita McKone that highlights the importance of feelings: http://anitamckone.wordpress.com/songs-of-nonviolence/lets-sing-a-feelings-song-for-kids/ And here's another song that highlights the meaning of love: http://www.youtube.com/watch?v=HvvZ1TEQRB8&feature=kp

If you wish to join the worldwide movement to nurture love and end all violence, you are welcome to sign online 'The People's Charter to Create a Nonviolent World' http://thepeoplesnonviolencecharter.wordpress.com

Self-love is true love. The individual who does not truly love themselves cannot love another.

Biodata: Robert J. Burrowes has a lifetime commitment to understanding and ending human violence. He has done extensive research since 1966 in an effort to understand why human beings are violent and has been a nonviolent activist since 1981. He is the author of 'Why Violence?' http://tinyurl.com/whyviolence

His email address is [email protected]
and his website is at http://robertjburrowes.wordpress.com