If there is one tragic reality about human existence, it is the reality that human beings seem infinitely and insanely capable of inventing "reasons" to kill their fellow human beings. Throughout history, and continuing to the present day, differences in race, ethnicity, nationality, tribal allegiance, political belief, economic status, language, and gender have been used to rationalize a myriad of human rights abuses, oftentimes on a massive scale. 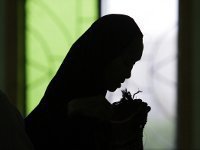 When examined objectively and unemotionally, none of these "reasons" are adequate justifications to take the life of another. But perhaps the most ludicrous and inexplicable excuse used to oppress and murder others is religion.

Two recent Supreme Court decisions, Town of Greece vs. Galloway and Burwell vs. Hobby Lobby Stores, coupled with world events, both past and present, have led me to wonder if religion is not the most divisive, destructive, and deadliest invention of humankind.

Before proceeding further, a few facts regarding this article need to be clarified. First, unlike the journalistic practices of the corporate-controlled media (where the lust for ratings and profit incessantly trump ethics and integrity), this article was not written to generate controversy simply for the sake of controversy. It was written to provoke thought, dialogue, and questions about human nature and societies, and religion's role in them.

Second, this article does not equate religion with God. In fact, the author fully understands how, when most of the great religions were formed, science was in its infancy, so many of the universe's and earth's mysteries could not be explained by anything other than faith in a Higher Power. And, even to this day, science has been unable to answer the greatest question of all: What is the meaning of life?

As I've stated in several previous Pravda.Ru articles, if there is one cogent argument in favor of the existence of a Higher Power, it is that human existence is so illogical. Regardless of the extent of one's worldly success, regardless of the political or economic power one obtains, and regardless of all the material possessions one acquires, death is inevitable.

The dilemma arises when people acquire or maintain worldly success, power, and possessions through the abuse, exploitation, and, oftentimes, the murder of their fellow human beings. If they are never brought to justice during their lifetimes (and those who exploit, abuse, torture, murder, and instigate torture and murder for political reasons rarely are), and if there is nothing beyond this realm of existence, then these exploiters, abusers, torturers, and murderers are essentially the "wise" ones, because they did not let values like justice, fairness, decency, honesty, and respect for the rights of others prevent them from acquiring all the necessities and luxuries to live comfortable and successful lives. In fact, if subscribing to these values creates lives replete with failure, injustice, suffering, deprivation, and exploitation by others, clearly one would be foolish to do so.

Since life is illogical, it seems logical to assume that, at some point, everything will make sense. Perhaps the very purpose of mortality is to ensure that people who achieve power and success through the exploitation and abuse of humans, animals, and/or the environment will not enjoy the benefits of their ill-gotten gains forever. Maybe heaven and hell is nothing more than a "balancing of the scales."

Finally, the author has the greatest respect for the founders of the world's great religions. Having studied the origins of these religions, it is evident that their founders were conscientiously and courageously driven by faith, because many of them suffered immensely for their vision.

What this article does take issue with is the charlatans, exploiters, hypocrites, demagogues, and opportunists who took (take) the words and deeds of these founders, and used (use) them as a way to manipulate, control, and exploit others by preying upon human ignorance.

Note I said ignorance, not stupidity. As I've argued in previous articles, stupidity is a condition where an individual is incapable, due to a mental or physical malady, of understanding certain concepts, whereas ignorance is created by apathy or credulity that causes people to blindly accept what a so-called "religious" leader says, instead of questioning and researching the issue themselves.

For example, I recently saw a sign on a Christian church that said, "God wants obedience, not questions." This immediately conjured up images of the Middle Ages, when the populace was not allowed to read, and Bibles were chained to pulpits so nobody but the religious hierarchy could access them. And, thanks to this knowledge, I realized how hypocritical this sign really was, given that the Christian faith was inspired by a Man who dared to question many of the religious rituals and practices of His day.

So below are five reasons why religion may be humanity's most divisive, destructive, and deadly invention:

1). Religion cannot be proven. If faith could be proven, it would be called fact.

Many so-called "religious" leaders are fond of saying that faith is a necessity because science alone has been incapable of answering many relevant questions. While this is true, science, unlike religion, acknowledges its shortcomings and continues to seek answers, instead of simply accepting things on faith alone.

And they are wise for doing so.

Why? Because even religion cannot accept religion on faith alone. All of the world's major religions have split into different sects, and these sects have often split again and again. Joseph Gaer's book How the Great Religions Began states that there are over two hundred different versions of Christianity in America alone. And I'm certain that each version is convinced their particular view of Christianity is the "truth."

If religion cannot be proven, then only two options are available: A society where all believers (and even nonbelievers) are embraced or a society where the dominant religion is imposed upon others. As evidenced by the Town of Greece and Hobby Lobby decisions, societies that embrace all beliefs are more fictitious than real. And the atrocities committed by those seeking to impose their religious beliefs upon others continue to this day.

2). Religious selflessness has become religious selfishness. While, as with most matters of religion, there may be some disagreement on this point, many religious scholars, like Huston Smith in his book The Religions of Man, contend that the power of faith resides in its ability to suppress the selfish urges and capriciousness of the human ego so a person can have a more inclusive, tolerant, and loving view of the world.

Unfortunately, the opposite has occurred: The human ego has transformed religion into a cesspool of persecution, intolerance, and hate. Clearly the incentive to impose, by law or by force, religious beliefs upon others is driven by the egoistical notion that "my religion is superior to your religion."

Sadly, even those who remain selfless often transform it into a gullibility that makes them easy prey for self-serving "religious" leaders. For example, a relative of mine continued to send money to a prominent televangelist even after it had been revealed that most of the "offerings" he received were paying for his lavish lifestyle. She rationalized this by claiming her motives for sending the money were pure, regardless of how this televangelist spent it.

This thinking, of course, not only took money from people and/or organizations more deserving of it, it also demonstrated how those who exploit religion for personal gain often have flocks of faithful followers duped into believing they can "buy their way into heaven."

3). Religion cannot lose. In developing this reason, two thoughts came to mind: The machinations of the late "psychic" Sylvia Browne and the classic movie Amadeus.

Browne's popularity and staying power were, like many so-called "psychics," created by the fact that she always had an "out." When she was correct, her "psychic" abilities were the reason, and when she was wrong (as she was in claiming that two kidnapping victims, Shawn Hornbeck and Amanda Berry, were dead), her routine answer was "Only God is right all the time."

In Amadeus, a mediocre composer was driven to madness trying to understand why all his hard work, dedication, religious faith, and sacrifice went unrewarded by a God who instead favored the vulgar, irreligious Wolfgang Amadeus Mozart by blessing him with prodigious musical talent.

These realities are present in the religious arena. If someone's prayers are answered, it is because their faith has been rewarded. If someone's prayers are not answered, it is because they did not have enough faith, or they gave up too soon. If somebody who prays for a healing is cured, God healed him/her. If that person dies, then he/she is "in a better place." If a person survives horrendous and/or catastrophic events, it is a "miracle." If a person dies during those same horrendous and/or catastrophic events, it is "God's will."

The purpose of the above paragraph is not to question or mock the existence of a Higher Power. It is to demonstrate how religion can be so easily exploited, manipulated, and distorted. After all, one cannot lose if one can never be wrong. The problem is there is an abundance of so-called "religious" people who believe they can never be wrong, who believe they are favored by God, and who are willing to kill to prove it.

4). Religious ritual has replaced religious substance. As I stated above, it is ironic that religions created by those who questioned the merit of religious rituals eventually came to be controlled by individuals who demanded unquestioning and obsequious obedience to such rituals.

The primary problem with religious rituals is they entice people into believing they are being "religious," regardless of how they treat others. It is, after all, much easier to kneel and worship the founder of a religion, or to quote his teachings, than it is to emulate the founder of a religion, or follow his teachings. Thus, dropping a dollar into the collection plate on Sunday means one can lie and cheat the remainder of the week, and failure to adhere to certain dietary restrictions, dress codes, or sexual mores is viewed with more severity than killing others.

5). Religion is the great insulator for evil men. In previous articles, I have stated that most of humanity's struggles are less between good and evil, and more between which forms of evil are acceptable and which are not. Leaders with political and/or economic power, for example, are often just as sadistic, sociopathic, and mendacious as criminals without such power, yet they consistently go unpunished, and are sometimes even rewarded, because their criminality serves the power structure.

And, like common criminals, those with political and/or economic power routinely rely on insulators-rationalizations used to minimize or evade culpability for their crimes. If these insulators are exposed as lies, many of those in power habitually turn to the ultimate insulator: The declaration that they were simply "doing God's will." Tragically, throughout history and up to the present day, this "will" has resulted in countless wars causing millions of deaths, and/or support for repressive and murderous regimes that have tortured and murdered millions more. And while many countries have "blasphemy" laws that make it a crime to ridicule religion, somehow it is not blasphemy to invoke a Higher Power to sanction the most egregious crimes against humanity.

So while many religious-minded people await the apocalypse, the irony is that religion itself might be the spark that ignites it.