The public security field should be immune to ideological experiments, because it's subjects are individuals, the citizens who make up the population of a country. Thus, when the experiment fails, it is this subject that ends up dying, and this is, unfortunately, what's going on in Brazil again and again. 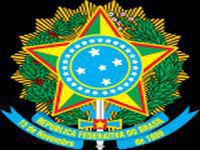 The country chose the wrong path when it perceived the serious homicidal violence framework in which it was immersed, seeking solutions that were far from the real cause of the problem and that, only, intended to transfer the responsibility for it to society. The results were catastrophic and, today, the Brazilian killer framework is the worst since it began to be measured almost 35 years ago.

The data are available on the 2014 Edition Preview "Map of violence", the country's most trusted and who has official recognition by the Ministry of Justice, for it is based on the Mortality information System (SIM), from the Ministry of Health. According to that, the country of the Soccer World Cup and the next Olympic Games has reached, in 2012, the most recent year with recorded data, its absolute annual homicides record: 56,337 victims, with the highest historical rate since the beginning of the registry (in 1980), amazing 29 murders per 100 K inhabitants.

Those are impressive numbers, higher, even, than those of countries at war. The explanation, although it can include more complex aspects, like everything else in public safety, features a predominant factor to the further the severity of the frame: the error of the civilian disarmament.

The disarmament concept was officially introduced in Brazil in 1997, when the first effectively restrictive of gun-bearing law was enacted (bill # 9,437/97), through which the National System of Weapons-SINARM, intended for strict control of legal weapons circulation, was also created. A few years later, at the end of 2003, the law became even more restrictive, with the "Disarmament Statute", which had as its major goal precisely to reduce the amount of murders in the country. It was, actually, putting into practice of a disarmament ideology drawn up by the UN long before, although without any proven positive example.

Obviously, it was to no avail. The murders, as seen, have not been reduced, but, on the contrary, they've reached their highest number, and what was said to be a magic solution became an unquestioned and grandiose failure. Establishing the prohibition of the possession, as well as carry-on, as a general rule, the Disarmament Statute began to take effect in 2004, the year in which 48,374 homicides were recorded in Brazil . Four years later, with the near extinction of the legal arms trade practice, the numbers came to 50,113 (2008) and since then, there have been on a upward climb until the record of 56,337, registered in 2012.

In the same period, the number of registered weapons in the country plummeted. Of the approximately 9 million records that made up the initial SINARM framework, today there are only about 600 K, due to the great restrictions imposed on the citizen, even for the renewal of those permits that already existed. The law thus does not contribute to the reduction of homicides, but it has actually provoked a massive uncontrolled circulation of arms in the country, producing an effect diametrically opposed to the desired one. The practical reality of the ideological disarmament experiment ended up indicating that the reduction of weapons legally in circulation generates an increase in the amount of intentionally violent deaths.

This increase is not hard to understand. The problem is that disarmament policies in Brazil or in other countries, only have the possibility to affect the crimes of passion, those treated in the "Global Study on Homicide-2014" by the UN itself as "interpersonal" crimes", committed on impulse and for which the legal possession of a firearm could be a facilitator. However, the participation of these crimes in the total amount of homicides in Brazil is minute, as in the country, according to the same study, the predominant cause for murders is the usual practice of criminal activity-homicides related to other criminals activities, namely, the Brazilian murders are in direct relation with other crimes, mainly drug trafficking and theft.

While Brazil insisted on disarmament policies that only made the citizens vulnerable, the country failed to battle the criminal activities of which the murders actually stem. Without being in the focus of public security policies and with society turning gradually helpless, crime was strengthened and, with that, more and more deaths are being recorded.

This framework is extremely worrying. The increased rate of homicides from 2011 to 2012 reached 7% and their absolute number has already settled in 50 Ks for 5 years. If the focus is not changed and public security policies fail to see the responsibly citizen armed as an ally rather than an enemy, the year 2016 might bring some more records to Brazil, however without any connection with the Olympic Games that are going to happen here, but having everything to do with those who, victimized by criminals, won't be able to attend them.

Fabricio Rebelo, Bachelor of Law, is a researcher in public safety for the Movimento Viva Brazil NGO.