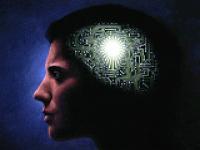 What makes you think this revolution is a comedy?

In his book on French Revolution, Taine remarks that two block away from the so-called massacres of September, people were drinking and having fun in their legendary French cafés. In his book on modern coups d'état, Malaparte describes too the peaceful atmosphere of Florence during the imposition of fascism; same in San-Petersburg in October 1917.
People simply didn't care or didn't know what was going on. They would pay this nonsense later.

The 'open conspiracies' of orange revolution, the Arab spring reflect the same indifference on what is going on. American agencies and networks have simply to gather some agents in a public place - then install their cameras and visually exploit this rebellion in order to mobilize public opinion. Public opinion becomes then a psychological outfit that destabilizes a weak government. It has worked since so much time! Let's recall the phrase of Douglas Reed written in the time of Truman and Eisenhower:

However, "opinion" today is a manufactured product and can be produced in any form desired.

I think that nowadays public opinion is no more required, if it were necessary in the past. America has declared so many wars, overthrew so many regimes, eliminated so many presidents and saturated so many opinions with its fabricated and tricky images that it is obvious that there is no need in 2014 for any public approbation. Think of the progress of the global consent since the war on Iraq, which even France and Germany resist. Think of the submission - almost a privatization - of the UNO which formerly had accustomed us to some acts of resistance. Now the 'visible empire' is omnipotent, and only Russia and China can resist, both being two giant countries. Brazil too courageously stands up, being a local superpower and a not strategic actor for Washington.

The arrogance of the imperial behaviour has clearly overgrown these last times. Yet despite the relative decline of the dollar and US economy, it is still working since we are living in the American matrix which has no need now of what is left of Americans (as told Chesterton, the problem is not America, it is Americanization).

This matrix is permanent, ubiquitous, repetitive and anaesthetic.

In a world saturated with rolling news and 'mere oblivion' it is easy to produce a global anaesthesia. Remember the movie Wag the dog: in order to forget an affair between the US president and a nymphet, the secret services produce a war in Albania with the help of Hollywood! And the good thing is that nobody remembers this kind of movie when the situation really appears, fearing the risk of being labelled naïve or gullible! Public opinion will then swallow CNN or BBC garbage with the same enthusiasm it swallows the junk food made by Monsanto. Then it turns its attention to Ronaldo or Rihanna.

Of course the public opinion reflects only a part of population. More and more electors practice abstention: 64% of youngsters in Paris. But as we say in French, absents are always wrong. They will pay their political inertia.

Let us talk of the methods.

Researcher Daniel Estulin who wrote a bestselling book about the Bilderbergs has described the modern tactics of western subversion. In his book Tavistock Institute Estulin reminds the tactics of cultural subversion, the manipulation of drugs and arts, the methods of assassination and counter-insurgency and of course the setting up of coups d'état. Five years before the events of Ukraine, these lines seem have been written to explain it. I translate from Spanish.

What democracy has to do?

Eliminate through subversion, murdering, military intervention, embargo and spontaneous and popular revolts a regime considered useless and name a civil and democratic government that will work under the officers of supranational organisms.

The Ukrainian revolution has so far worked exactly like that.

Estulin also adds some more sinister lines about the creation of an innovative Gestapo-like police. The post-modern government submitted to IMF and global banksters has to dissolve traditional police forces and create a national police of counter-insurgency that would follow the model of the Gestapo.

The decline of our freedom is obvious since the attacks of September 2001. Mr Craig Roberts has spoken of a Stasi-like police in America turned against its own citizens and sociologist Jean-Claude Paye in France has too denounced the war declared by the French State against unconscious citizens. The ones who understand such conspiracies are labelled paranoid.

Mr Estulin unveils too other actors and factors: the leaderless group and the necessity to fragment the population in hermetic groups separating them by race, sex, mother tongue, hobbies or age.

This is a key of American power in the post-modern world: destroying cultures, nations, religions, races, sexes, and creating 'another world' (the real one, to quote Angela Merkel), a global mall full of separated groups obsessed with money, consumerism and a communitarian agenda.

As wrote Marx the credo of the nations is thus replaced by the credit of the banksters.

Think now of the almost folkloric and criminal groups which constituted the basis of the Ukrainian protesters and gangsters who represented not even one per cent of the Ukrainian people. But these kinds of groups, explains Estulin, are prepared and remote-controlled by psychiatrists. And then the communitarian group is transformed into a semi-psychotic entity and a paranoid group. As we know, after the coup, the ultra-nationalist groups in Ukraine have easily been cheated by the banksters, like the policemen and protesters had been shot by the snipers, amidst the indifference of western masses blaming Putin for all that mess!

The American neo-Trotskyite agencies thus manipulate active, coercive and conditioned minorities. Of course technology have eased this kind of manipulations but Internet too has eased the possibilities of a global resistance; and let us recall that it is only our passivity, our inertia and our intellectual laziness that allow the globalization of their new world order and so called debt-cracy.

Men are asleep. They just awake when they die.

Hadith of the Prophet Muhammad