Today the number of outgoing tourists from Russia is much higher than the number of incoming ones. Citizens of other countries are unenthusiastic about the idea of ​​vacationing in Russia. This is caused not only by long distances, but also the difficulties in obtaining a Russian visa. The Russian government is planning to soften the harsh rules for issuing visas. 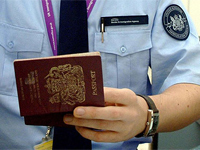 While foreign countries that have taken offense over Crimea are beginning to introduce visa sanctions against Russian citizens, Russia has exactly the opposite plan. A bill providing for a significant simplification of the visa regime for foreigners has been already approved by the Commission of the Government on legislative activities. The next step will be to review the bill at a Government meeting.

Among the measures to increase the flow of tourists to Russia from abroad, as well as contribute to the strengthening of business relations, it is proposed to optimize the set of documents required for a Russian visa. In addition, it is proposed to substantially increase the maximum period for which visas will be issued from thirty days to six months. The bill is aimed at improving Russian visa practices to make them more comfortable for foreign nationals visiting Russia, both tourists and businessmen.

In addition, it will be easier to enter Russia for foreigners who come to Russia to develop cultural, scientific, social, political and sporting ties.

It may seem that these measures are taken as a response to the visa sanctions against Russia from the U.S. and the EU, but in fact, the need to reform the Russian mechanism for issuing visas to foreigners was identified long time ago.

Back in August of 2013, the Russian President gave ​​a respective order to the Government, referring to the need to address the issue of improving obtaining data on inbound and outbound tourist traffic, expand and improve the system of navigation and orientation for foreign tourists. This includes proposals to simplify the procedure for issuing Russian visas to foreign citizens, and reduction of administrative barriers for the formation of tourist flows in Russia.

However, there has been no significant activity in this area in government offices until now. This is very timely because the attraction of foreign tourists to Russia can be beneficial not only for economic but also counterpropaganda reasons.

Do foreigners really experience difficulties in obtaining Russian visas? Unfortunately, yes, there are very significant problems in this area. It is not surprising, as addiction of Russian officials to all sorts of red tape was well described by the classics of the Russian literature.

First, currently Russia provides visa-free entry into Russian territory to a very limited circle of countries. They include the CIS countries, including those whose citizens are not very welcomed by the Russians in Russia. In addition, visa-free travel is available to Argentina, Bosnia and Herzegovina, Brazil, Chile, Colombia, Croatia, Cuba, Hong Kong, Israel, Macedonia, Montenegro, Nicaragua, Peru, Venezuela, Thailand, and Turkey.

Nationals of the countries not included in this list have to obtain Russian visas. First of all, foreigners must receive an invitation from the host country. Travelers using tour operators must receive invitations from a tour operator or a hotel approved by the Government of the Russian Federation. Furthermore, the length of validity of the invitation has to match the duration of the hotel reservation or the duration of the tour. This rule significantly reduces the possibility of potential tourists staying in rented apartments that are much cheaper than hotels. Bypassing tour operators is nearly impossible, especially given that many interesting corners of Russia do not have established tourist infrastructure. Foreign tourists have to be limited to Moscow, St. Petersburg and the Golden Ring cities.

Once the invitation is obtained, the foreigner must apply to the Russian embassy for a visa. Travelers have to fill lengthy visa applications and should be ready to provide full information about themselves, up to "religious nicknames."

Once a foreign tourist obtains a visa and arrives in Russia, they would have to register at the local FMS upon arrival. If the tour includes different cities of Russia, the foreigner will have to register in each city visited and pay a fee every time.

New rules are designed to modernize this cumbersome system, and simplify travel for foreign tourists and businessmen.

"The idea of ​​simplifying the rules of entry into Russia is very positive, because it has been discussed for a long time by all participants of inbound tourism market and businessmen. Of course, this should have a positive impact on the expansion of the tourist flow. While now it is quite possible to obtain a Russian visa, Europeans are used to traveling freely across European countries and many countries outside of the European community visa-free, and the idea of traveling to Russia scares them because of the prospect of bureaucratic red tape," the chairman of the Association of business tourism Vadim Zelensky said about the bill.

First Vice-President of the Association of Tour Operators of Russia Vladimir Kantorovich said in an interview with Pravda.Ru that Russian tourist business has long been experiencing problems because of extremely tough visa regulations for foreigners: "Foreigners are facing difficulties of objective and subjective nature when obtaining Russian visas. Visas issuance process is very poorly organized and has become more expensive due to the emergence of the visa centers at Russian embassies," said the expert.

Of course, simplification of the visa regime for foreigners is not sufficient for the development of tourism, business and scientific relations with other countries. We need to develop accessible infrastructure, quality advertising, and make English-speaking tour guides available not only in big cities but also in the provinces.

However, it should be understood that without adequate visa regulations other measures to attract foreigners in Russia are unlikely to be effective.