Mothers and fathers no longer in vogue

In the new school year, a new subject, mandatory sex education, will be introduced in all French schools. Children will be educated from the age of six. Sex education is intended to completely shift the perception of the traditional biological roles of males and females in the children's minds, replacing them with the ideas about the so-called social gender. 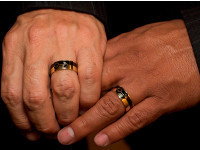 France has become a field for growing new unnatural humanity. Hollande's government has incredible perseverance in the introduction of gay marriage and allowing same-sex couples to adopt children, supplemented by systemic measures to educate the young generation who will have no concept of a man and a woman.

The democratic government provides no alternative. The subject will be introduced in all French schools, including private and religious ones. In February, the Commission of Cultural Affairs of the National Assembly approved a legislative amendment of the Socialist Party deputy Julie Sommaruga, according to which the mission of the school is "teaching gender equality."

According to the amendment, elementary school students should be taught the theory of gender equality and shown that the differences between men and women are not natural, but rather historically and socially constructed and reproduced.

The amendment was supported by the President of the Commission, as well as Trotskyite-like leftists in the parliament - the Socialists, the Communists, and "environmentalists." On March 19th, the National Assembly of France adopted the "gender law" in the first reading, paving the way for official corruption of minors in French schools.

The proposed concept includes a "Theory of Genres." It is easy to understand what kind of genres they are talking about looking at the system of genders introduced today. Unlike the classic gender roles, today the same person can have multiple gender roles. In addition to "untrendy" traditional men and women there are homosexuals (gays and lesbians), as well as such "species" as bisexuals, transvestites, and transsexuals. That is, homosexuality that used to be considered a disease by the standards of history is served as one of the "genres" of sexual relations.

The very concept of "gender" was introduced into the French school textbooks in 2011. Gender ideology introduces a concept according to which gender is not determined biologically, but is a consequence of the cultural and social development of an individual in the society.

Driven to absurdity, these considerations in modern France have become "an excuse" to legalize same-sex marriages and allow perverts to adopt children. Judging by current trends, it will become the basis for institutionalized pedophilia and homosexual breakdown of the younger generation who from a young age will be instilled the idea of perverted sex as the underlying purpose of life.

When such an ideology is being implemented by the government in a public institution like universal education, there is no doubt that there is a realization of the global plan for the destruction of mankind by shifting the fundamental concepts of the generated evolution of human sexuality.

First, celibacy and principled approach to the strict regulation of sexual life in a family was targeted, then homosexuality was normalized, now ideas about multiple sex roles are being introduced that are the basis for the formation of physically sick and manipulated society.

Next week, according to the speaker of the lower house of the parliament Sergei Naryshkin, the Russian parliament may amend the law that bans the adoption of Russian children by same-sex families abroad. Finally the actions of Russian legislators were timely, and despite the annoying squeals of some murky human rights activists at least some barrier will be installed to inhuman and unnatural homosexual wave from the West. Meanwhile they did a favor to the defenders and sources of sodomy and lesbianism, as in the absence of the law they would simply be beaten in the streets.