Children die in the Land of the Free Colt

The American Children's Defense Fund has prepared a report that contains shocking statistics of child mortality caused by firearms. Over the past 30 years in the United States nearly 120,000 children were killed as a result of weapons use, which is more than the number of American soldiers killed in Vietnam, Korea, Iraq and Afghanistan combined. According to the report of human rights defenders, weapons stored in households do not provide greater safety, but on the contrary, at times increase the probability of murder, suicide, and accidental injury.

In December of last year, the American public was shaken by yet another tragic mass shooting. Then a 20-year-old resident of a small town of Newtown Adam Lanza went to a local school and killed 20 children and six adults. 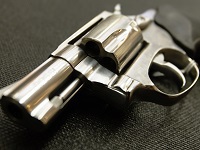 Skirmishes in public places - gas stations, convenience stores, and movie theaters - take place in the United States with alarming regularity. Some of them turn into a real massacre. In July of last year in Colorado a gunman shot and killed 12 people and wounded 38. In August, in the state of Wisconsin a former serviceman killed six worshipers in a Sikh temple.

All of these dramatic cases are only a visible part of the iceberg. In fact, in the United States every three days more children are killed by firearms than in Newtown tragedy. But these terrible statistics are only for criminal reports.

The American Children's Defense Fund has published a report whose main conclusion is that a large number of weapons in the public domain not only leads to mass shootings in public places, but also frequent "home" tragedies.

Five percent of these deaths were considered accidents by the police. Most of them - two-thirds - are murders. The remaining deaths are suicides of children with firearms.

The Newtown tragedy has caused a storm of emotions among U.S. citizens and the global community. But experts from the Children's Defense Fund emphasize that every three days in the United States even more children are killed. Over one week the number of victims among children amounts to 50. For some reason this does not shock anyone, apparently, for the simple reason that this is not mentioned by media.

If we talk about the victims of firearms of all ages, over the past 10 years, according to the report, the number has reached 332,014 people. In 2010, 31,328 people were killed. That is, every 17 minutes in the United States someone dies as a result of the use of firearms.

The analytical report of the human rights defenders refutes the myth that guns in the home guarantee safety of their owner. On the contrary, the risk of getting shot increases significantly.

The report emphasizes that the presence of weapons in the home increases the likelihood of a murder by three times, suicides - three to five times. Risk of death due to an accident increases four-fold.

For every case of the use of weapons in self-defense, there are 11 cases of completed or failed suicide attempts, seven criminal assaults and murders with firearms, and four cases of deaths or injuries as a result of unintentional shooting.

U.S. President Barack Obama during his election campaign spoke in favor of the ban on free trade in weapons. A few days ago, the U.S. Senate rejected the president's proposal to introduce a ban on the sale of semi-automatic "assault" weapons and weapons with large capacity. Previously Senators also voted against a more thorough background check of citizens wishing to purchase a firearm.

Today, the citizens of the United States are in possessions of over 270 million firearms. This means that tragedies ranging from mass shootings to daily homicide will be repeated again and again.