Same-sex couples looking for children in Russia and China

Russian Foreign Ministry is investigating the story of the adoption of a Russian child by a same-sex couple in the U.S. Meanwhile, representatives of the State Duma are headed to France to remind deputies that under the Family Code of the Russian Federation a family is a union between a man and a woman. The gay community has been trying to convince us that same-sex couples can raise healthy children. 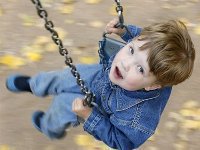 Yegor Shatabalov was adopted by a U.S. citizen Marcia Ann Brandt in 2007. The decision was made by Kemerovo regional court. The American acted as a criminal and did not disclose her homosexuality, which would eliminate the possibility of adopting a child in Russia. Now the Russian Foreign Ministry in cooperation with competent Russian authorities is establishing the circumstances of the adoption.

As discovered by the Russian Embassy in Washington, Brandt at the time of adoption had a spouse, Beth Chapman. In 2009, Brandt and Chapman broke up and met in court over custody of the child. Similar adoptions occurred in other countries.

A few years ago China grew suspicious of the increased number of single women from the U.S. and other countries that submitted applications for adoption. The Chinese, however, as usual, tried to save the face and actually lost it. Instead of limiting the adoption of their children to the countries where homosexuals are allowed to create a family and adopt children, they decided to require each suspicious candidate to submit a formal declaration of heterosexual orientation.

According to the sociological service Gallup, about 3.4 percent of the U.S. population is openly gay. Homosexuals and lesbians have formed 20,000 families in the United States. According to statistics, same-sex couples in 2009 were raising 30,000 adopted children. There is no information on how many of them are Russian.

At the time, gay community made considerable effort and spent significant amount of money to be allowed to adopt children. An entire body of scientific texts and research was prepared that claimed that sexual orientation of the parents does not affect children's orientation.

The results of the studies cause doubt. If we recognize that a child's development is mainly determined by the environment, the presence of two parents of the same sex cannot but affect this child.

Not that long ago an American scientific journal published a work of the American sociologist Mark Regnerus. In his research he interviewed 3,000 people including those poor, rich, white, and of color. Among them there were 248 homosexuals raising children. Only 2.13 percent of children from heterosexual families believed adultery to be acceptable, while among the children from homosexual families this number was 40 percent.

Children who grew up in gay families are turning to psychiatrists more often - 19 percent vs. 8 percent. This is not strange, because in 25 percent of such families children at least once experienced sexual abuse. In heterosexual families this number is 8 percent. 69 percent of children raised in lesbian families and 57 percent raised in gay families received state subsidies, while in heterosexual families this number is 17 percent.

In homosexuals families 60-70 percent of the children call themselves heterosexual. In traditional families, these are more than 90 percent. The gay community did not like these numbers. First they tried to question the methods of research.

However Regnerus used a classic technique used in thousands of studies and accurately followed the procedure. This was established by a special committee. Then homosexuals called sponsors and partners of the University, where Regnerus works to stop financial partnership with this institution.

This is expected since increasingly more western countries pass laws on same-sex marriage and adoption opportunities for such families.