How will gay marriage change the world?

Life in the modern world is full of experiences that may not only make one sad or happy. Some things that people come across in the modern-day human society provoke serious thoughts and scandals. For example, in the USA, following an initiative from the Obama administration, the issue of the legalization of gay marriage is expected to be solved. Who needs this modification of human values and what for? 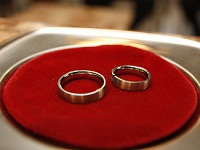 On Saturday, February 23, 2013, the administration of U.S. President Barack Obama addressed to the Supreme Court with a request to change the generally accepted definition of "marriage." A correction should relate to the concept in the part about the legal registration of a civil union as a union solely between a man and a woman. It goes about an attempt to radically revise the Defense of Marriage Act, passed in the U.S. in September 20, 1996. The modern version of the law prohibiting same-sex marriage, according to the president's administration, is discriminating against a part of the representatives of American society. A different wording, according to representatives of the above-mentioned agency, will lead to the accession of fair equality between heterosexual and homosexual couples.

In late December 2010, Barack Obama signed a controversial document, that abolished the previous law signed by Bill Clinton. The essence of the document is as follows. A serviceman, being a representative of sexual minorities, has an unconditional right to serve in the U.S. Army, but he should not disclose his orientation to other servicemen. In turn, officers have no right to take an interest in this issue among their subordinates.

In this case, Obama was, as they say, in the wake of sexual minorities that considered the laws hypocritical as it obliged them to conceal the true nature of their feelings. This time, the U.S. president goes even further to equalize the rights of the supporters of both conventional and gay marriage. As soon as the new law is enacted, gay people in all American states, not just nine of them (New York, Massachusetts, Washington, Maine, Hampshire, Connecticut, Maryland, Iowa, Vermont that legalized gay marriage a while back) will have the right to conclude marriage.

Moreover, according to the new edition of the law, the administration of the President of the United States sees a real possibility to expand social benefits for homosexual couples who serve in the army. Social support measures will include health insurance, housing, access to education and youth programs, a possibility to visit each other in military hospitals, benefits and payments in case of death of a homosexual spouse and so on. Today, the system of social support to servicemen works in the country only for heterosexual families.

Where is the world heading?

Why did top officials of the United States become engaged in such a thorny issue? What happened to the moral standing of the world community in general and the U.S. in particular in a such short period of modern history? The history of stand-off regarding the issue of same-sex marriage received its first legal registration in 1972, during the sensational trial of "Baker vs. Nelson." Back in those days, the Supreme Court of Minnesota ruled that the only true definition of marriage was the one defined in then-existent laws.

The story became the starting point for the ongoing struggle between the champions of opposite views on the issue. Since then, the debate would involve almost all top political figures of the U.S.. They could no longer remain on the sidelines, due to immense public interest in the subject. According to a recent opinion poll, 50 percent of Americans are actively involved in the discussion of this topic, and, for the most part, support the democratic policies of Barack Obama.

The aggressive lobbying of the interests of sexual minorities, as many analysts say, may be caused with the presence of homosexual individuals in the inner circle of the U.S. President. There is also a possible financial benefit to the shattering U.S. economy that is standing on the brink of default. The profit may come in the form of tax revenues from new marriages, new jobs and gay tourism. It can also be directly connected to new influences that decay the morals of modern society. Trendy views, freedom of expression, have been replacing human values lately. All this and many other things show a devastating impact on traditional human, family and personal values of the modern civilization. The U.S. is no exception.

The adoption of such a revolutionary law in one of the world's leading powers may trigger similar processes in many other countries of the world that look up to the United States. Swinging the pendulum of moral decay, American policy-makers will not be able to control it afterwards. Such an embarrassment has already occurred to America before and continues to haunt the world. It goes about the chain of democratic revolutions in the East, which the U.S. State Department initiated. The process went out of control and embraced even the states loyal to the U.S. regime.

Giving a "green corridor" to gay marriage once, the world may have serious and perhaps insurmountable, problems in the future. The legalization, and thus recognition of such families on the state level will expose many people, who have been hiding their orientation from others. This will make the homosexual society grow. Some activists may then wish to legalize more serious crimes against public morality.

Family, in the common sense of the word, is a cell of a healthy society that leads to the appearance of new generations, thus providing the domination of births over deaths. What can same-sex marriage offer? Extinction and degradation? The behavioural example that parents show to their children is an important factor in the educational process of personality. Mankind may face the problem of cultivating homosexuality among the children, whose parents share a "non-traditional" orientation. Every fifth gay couple or family in the U.S. has either children born from previous heterosexual marriage, or adopted children. In total, we are talking about more than two million human lives. What kind of people will they be? Today, the United States of America is a state of democratic freedom and economic stability, where dreams come true. The American way of life excites modern world consciousness, causing cultural revolutions, regime changes and social upheavals. The U.S. largely serves as an example for other countries and their citizens. It is highly important that this example should be positive ...