Will Russia go back to Bolshevism in family affairs?

Vladimir Putin's speech at the Congress of Russian parents can be seen as a turning point in the attitude of the state to the value of the family and its sovereignty. Juvenile technology in their Western version will not work in Russia. It is clear, but not enough. Russia needs a national strategy in the interest of the family and in defense of the family. 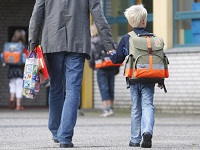 The fact that the Congress was held in the Hall of Columns of the House of Unions expressed the support of the authorities for the public association. Informal support is not enough, of course. There is a powerful juvenile lobby in Russia, which promotes the laws, according to which social services would have the right to withdraw children from their own families. The date, by which these documents must be approved, has been set: by 2017.

Therefore, the decision of the leadership of the country to express their position on this issue means a lot indeed. President Vladimir Putin appeared on the podium unexpectedly for all congress delegates - his speech was not announced.

"I want to explain my position on this sensitive issue, which concerns everyone, because the vast majority of Russian citizens are parents." The most important aspect of the issue, the president said, was the fact that the opinion of the general public that stands in an opposition to the introduction of juvenile justice will be heard: "There should be no secretiveness and no imposition here," Putin said.

Vladimir Putin agreed that the bills that have been submitted to the Duma and given the first reading - "About Social Patronage" and "About Public Control Over the Rights of Orphans and Children Left Without Parental Care" - have a number of ambiguous formulations, and therefore contain social risks and opportunities for abuse of officials.

According to the president, one should not copy foreign experience blindly. Drawbacks in Western practices in the field are plentiful: "Normal parents are deprived of parental rights, and interventions in family affairs is absurd and punitive in nature," he said.

The president stressed out that the termination of parental rights should be a last resort. The major goal for the state is to address the causes of child abandonment, when children find themselves in children's homes while their parents are alive.

"Family is our national heritage," concluded the President.

Such a clear position on the issue, which largely determines the future of the country, was voiced right on time. On the eve of the congress, supporters of juvenile technologies stated that the President and the people were being deceived. They say that there is nothing wrong with juvenile justice, and that the point of it all is different. It supposedly goes about special courts for juveniles, rather than family affairs interventions.

However, opinion polls show that the "deceived" people know how to separate the wheat from the chaff. About 57 percent of respondents supported the idea of juvenile courts. Yet, 76 percent said that they were against the interference of the state in the affairs of their families.

An attempt to rehabilitate the seriously tarnished image of juvenile justice was made to push through controversial laws under the pretext of the much talked-about protection of children.

The bill "About Social Patronage" gives very broad powers to family control officers right up to the withdrawal of children - if parents do not provide "normal conditions for upbringing and maintenance." The bill "About Public Control Over the Rights of Orphans and Children Left Without Parental Care" introduces a priority in children's rights, so that children could complain of their parents.

Thus, under the guise of protecting children's rights, the state may intervene in almost any family - we can already see this happening in the West.

"The main difference between juvenile justice in the West and child protection system in Russia is that in the Western model of relationship family connection is nothing. They use the term" biological parents" over there - this is how we speak of animals. Material considerations are much more important than family connection in the West," Tatiana Shishova, a teacher and a member of the board of the Russian Children's Foundation said.

This means that it is easiest to take children away from their parents to solve this or that problem. Such an act can be equated to genocide - a forcible act to transfer children from one group to another.

The majority of Russian social orphans, who find themselves in orphanages and then go to the West, are also taken away from poor families. In other words, instead of helping parents, the state punishes them, depriving them of descendants.

"There is a very important measure - coercive treatment from alcohol and drug addiction for the parents who do not fulfill responsibilities towards their children. However, human rights activists who lobby juvenile technologies block such measures," added Tatiana Shishova.

It just so happens that a healthy and secured family is not necessary with such an approach. On the contrary, the more we have those people who find themselves in difficult situations, the easier it will be to take children away from them.

The advocates of juvenile technologies present them under the guise of "progress," which can not be stopped. They do not know, or more likely, they do not want to recall that such measures used to be promoted in Russia at a national level almost 100 years ago.

When Bolsheviks came to power in 1917, they canceled church marriage and facilitated divorce. They also allowed different forms of family unions - civil, gay, triple unions and even commune families. To crown it all, Bolsheviks were the first in Europe to legalize abortions. For some strange reason, an offensive against the institution of family always goes hand in hand with same-sex marriage and abortions.

A person named V. Kuzmin wrote in 1928 in Modern Architecture Journal: "The proletariat must proceed immediately to the destruction of family. After birth, children should be maintained collectively and transferred to nurseries. Preschoolers, schoolchildren and Komsomol members should live in labor unions."

Chief ideologue of the young Soviet state, Leon Trotsky, in his "The Revolution Betrayed" explained why Bolshevism failed: "The revolution has taken a heroic effort to destroy the so-called family home. The place of family should have been  by design taken by the complete system of social care and maintenance. As long as this problem of problems has not been solved, 40 million Russian families in their vast majority remain the nests of the Middle Ages."

But somehow, the proletariat, having experimented with triple and same-sex unions, eventually returned to the traditional "unit of society." During the early 1930s, state family policies changed dramatically. Large and strong families became a crucial condition for the existence of the state.

It turns out that Russia refused from family experiments, or, to be more precise, from the destruction of family, in the beginning of the 20th century. Who lags behind whom here: is it Russia behind the West, or is it the West behind Russia?

As Trotsky wrote in his memoirs, "an assault against old family has failed." Nowadays, almost 100 years later, a new attempt against family values is being made. We can see the new "Bolsheviks" or neo-liberals, rolling out the same methods under the guise of "progress."

There is a real revolution in family relationships happening in the West today. There is no blood in this revolution, but its consequences for society are no less terrible. It has been scientifically established that a child, who is detached from the mother at an early age, grows up underdeveloped becomes prone to all sorts of dependencies. Such people are very easy to manipulate.

During the above-mentioned congress, Russian parents announced the establishment of nationwide parental resistance. It would be too naive to think that the proponents of juvenile technologies will give up their goals.