Orphaned children drive a wedge between Russia and USA

Russian law enforcement system tried to get to the adoptive father of a six-year-old child who sexual abused him and was given probation in the United States. On January 30th, the Investigative Committee of the Russian Federation joined the investigation of the case of Maxim Babayev. Meanwhile, U.S. Congressmen call on Russia to soften the "Law of Dima Yakovlev". 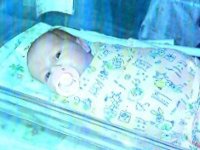 Six-year old Maxim Babaev was another Russian child who suffered at the hands of adoptive parents. In 2009, he has adopted by an American couple - Shad and Christy Traylor. In 2012 the Russian Foreign Ministry was informed that the child was regularly abused.

Back in September, Russian Foreign Ministry demanded an explanation from the U.S. on this issue. Russian diplomats also insisted on a meeting between the consular staff and the child. This request was denied.

In November, the court sentenced the Florida adoptive father to five years' probation, his mother - to one year's probation. The spouses were also recommended to undergo psychological treatment and "learn parenting skills." Russian diplomats called the sentence soft and inadequate.

In December of 2012 the Foreign Ministry again demanded that the U.S. authorities allow a Russian consul to meet with the child. "The decision of the District Judge to deny us visitation grossly contradicts the Bilateral Consular Convention (1964) and The Agreement on Cooperation on Adoption that entered into force on November 1st," said Foreign Ministry spokesman Alexander Lukashevich.

Lukashevich threatened that if the request is not met, "further cooperation in the field of adoption may be questioned." On December 28th, Vladimir Putin signed the infamous "Law of Dima Yakovlev".

Of course, this can be considered a coincidence. But it is very symptomatic. The notorious Russian-American agreement that was to ensure control over the lives of Russian orphans with American families was stillborn from the very beginning.

Russian diplomats who were promised cooperation at the federal level in reality faced with just the opposite. State authorities argued that they had their own laws regarding adoptive children, and that they were not required to follow some Russian-American agreement. Signing a separate agreement with each of the 50 states is unrealistic.

Another significant point is extremely lenient sentences. As in most other cases involving abuse of children from Russia, it was conditional. Even the death of an adoptive child does not necessarily lead to serious consequences for adoptive parents. In the case of Vanya Skorobogatov, who died of multiple head injuries, the adoptive parents stated that the seven-year-old child was banging his head against the wall. They were sentenced to a few months in prison.

On January 30th the Investigative Committee of the Russian Federation joined the case of Maxim Babayev. They intend to prosecute Shad Traylor for sexual assault against his adopted son.

This is not likely to be a serious threat to the U.S. citizen. In the end, the Investigation Committee also initiated criminal proceedings against other abusive adoptive parents who might not even know about it.

In this regard the letter to Vladimir Putin from 118 members of the U.S. Congress demanding the resumption of negotiations to mitigate the ban on adoptions of Russian children looks particularly strange. Congressmen insist that another 350-500 orphans should be sent to the United States on the grounds that their prospective adoptive parents have already started the process of adoption. These children are referred to as "hostages" of the "Law of Dima Yakovlev ".

This insistence of Congress members to help orphans find a new family would be welcomed if their concern for the welfare of Russian children did not end at the time when they get to the United States.

In addition, the Congressmen should think about American orphans. According to the NGO Children's Rights, over 400,000 children in the U.S. are in public care. Approximately 115,000 are waiting for adoption. Most of them are African-Americans older than six.

Since 73 percent of adoptive parents are Caucasian, they would like a child of the same color. The main supplier of white orphans is the countries of the former USSR. Before Russia's ban Ukraine annually sent in the United States about the same number of children as Russia. Now this number would probably double. It is no accident that two days after signing of the "Law of Dima Yakovlev" Ukraine eased the process of adoption of its orphans by foreigners.