Sadistic methods of raising children absolutely normal in US

More than strange methods of "education" (more like tortures), which became known to the general public during the trials of adoptive parents in the United States, should not be regarded as the fruit of sick imagination of mentally challenged individuals. As it turns out, this "therapy" is recommended in the United States to suppress the will of foster children and make them attach to their foster parents. The followers of such practice already actively support and promote it in Russia. 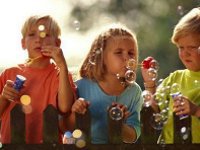 Jessica Bigley became famous overnight not only in her state of Alaska, but also far beyond its borders. All thanks to a home video, which she sent to a popular TV show. The footage shows the woman making her adoptive boy from Russia rinse his mouth with hot pepper sauce, forbidding him to spit it out. Afterwards, she made the child stand under a cold shower. The boy can be heard screaming and begging the woman to stop the tortures. Click here to see the video.

While watching this video, many women in the studio were crying. The Commissioner for Children's Rights of the Russian Federation Pavel Astakhov compared the scenes in the video with "tortures of prisoners in Guantanamo." Jessica was very surprised when, instead of appraisals for her methods of "education," she was condemned. She said that she was doing the things that experts recommended her to do. The court took those factors into consideration and sentenced the foster mother to only six months on probation and a $ 2,500 fine.

The Leszczynskis also got off with a probation punishment for abusing their three daughters, whom they adopted from Russia. They forced them to run for tens of kilometers, push up from a board, so that the girls had their fists deformed. They also made the children stand on their heads for a long time and exposed them to cold showers. For a slightest offense, the parents would send the girls to sleep in a doghouse. One of the girls nearly suffocated in water: when being punished for slow mowing, the parents aimed a water hose at her.

Finally, the Cravers were sentenced to only a few months in prison, although their adopted son Ivan (Vanya) Skorobogatov was hospitalized with serious head injuries incompatible with life.

All of the above cases (in fact, there are a lot more of such stories) have something in common. They depict wild and downright savage attitude exercised towards foster children, as well as soft punishments that seem to be incomparable to committed offense. According to US-based human rights organization Parents Against Domestic Violence, incidents of child abuse entail a punishment of at least three years in prison. However, when it comes to children from Russia, the terms turn to probational ones.

This phenomenon has an explanation. It is called the lack-of-attachment syndrome. This diagnosis, along with fetal alcohol syndrome, is attributed in the United States to adopted children, especially to those adopted from Russia.

The above-mentioned horrific stories are published on the website of the Advocates for Children in Therapy - an American human rights organization founded by leading U.S. experts in the field of child psychology and psychiatry with a purpose to fight pseudo-scientific theories, dangerous to children's life and health.

One of the most common theories of this kind is known as Attachment Therapy. The videos on the website of the Advocates for Children in Therapy demonstrate the methods of this "therapy." One of the videos shows a little girl of about seven, who is forced to lie down on a mat. A big woman (weighing about 100 kilos) lies on top of her. The girl screams in pain, she can hardly breathe. The woman is heard yelling at her: "Will you stop behaving like that?"

When discussing the ban on the adoption of Russian orphans by Americans, the psychologists, who criticize the methods of AT, wrote on discussion boards that the majority of injuries and deaths among children adopted from Russia were connected with the use of this "therapy."

The fact is that the followers of this practice insist that all foster children suffer from the attachment disorder syndrome - no matter at what age they found themselves in an orphanage. This means that parents are not to blame for not being able to establish a contact with such children. Children are always to blame.

Bigley, the Cravers, and the Leszczynskis - all of them asked for advice and help from the psychologists practicing AT. One can say that those parents are not actually guilty, because they learned of such sadistic methods from specialists.

It is also recommended to starve foster children, wrap them up in a carpet and sit on top (such videos can be found on the website of the Advocates for Children in Therapy).

"These activities have no scientific basis. The described methods of this" therapy" are beyond the humane attitude to a human being, they are associated with violence, both physical and moral). The results of this work led to several deaths - six children aged from 3 to 13 years died. In this case we are talking about the methods to break children's personality brutally," psychologist Tatiana Kuzmishina told Pravda.Ru.

The website of the Advocates for Children in Therapy writes that Attachment Therapy today represents the most dangerous form of fraud in the United States. For most defenseless and vulnerable children, who live in custody institutions, with foster families, this pseudo-therapy caries nothing but unbearable suffering. How on Earth the suggestion of fear, hunger, pain and humiliation can lead to attachment, faith, love? How can it all make a child happy?

A year ago, one of the most ardent supporters of this "therapy" - Nancy Thomas - lectured in Russia's Yekaterinburg. On the website of a local public organization, she was touted as "one of the leading experts in the field of early attachment and family therapy." Foster parents and employees of child services were invited to attend the lecture.

Advocates for Children in Therapy said that before developing the fondness for AT methods, Nancy Thomas was fond of breeding dogs. Not surprisingly, she recommends, for example, the following in one of her lectures: "The child may get completely out of control at times. Then we sit down on top of the child. Before that, I used to do that to dogs, and it was much more dangerous with their fangs and claws than it is with a child . I take a good book and read it while sitting on a child."

The "expert" also said that the majority of foster children "work for the devil and pray to the devil."

AT practitioners also claim that without the "therapy" children will become psychopathic killers and "Hitlers."

One of such foster mothers, who received recommendations from AT "specialists," called the police and handed her adopted five-year-old child to an orphanage after she saw a kitchen knife in the child's hands. The woman assumed that the child was going to kill her.

Many countries that "supplied" their children to the adoption market have started to introduce restrictions in this area.

It is worth mentioning that in 2010, well-known American expert in the field of child psychology and psychiatry, Professor Jean Mercer, wrote in an open letter to the Russian Ombudsman for Children's Rights about the need for a moratorium on adoptions of Russian orphans by U.S. citizens. The reason - too many traumas and deaths among foster children from the use of AT.

As they say, time has come.