The issue of euthanasia has attracted public attention in London yet again. UK Health Minister Norman Lamb stated that the practice of euthanasia should be legalized in the country. Earlier, Anna Soubry, a member of the Conservative Party, suggested that the Parliament should review the law on euthanasia and give terminally-sick people the right to choose their own destiny. 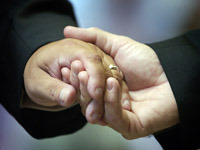 According to the laws of the United Kingdom, helping a patient leave this life is considered an act of criminal offense and entails a punishment of 14 years in prison. The patients, who wish to stop their sufferings, are not eligible for help from medical personnel to end their life voluntarily. The Ministry of Health of the United Kingdom has decided to revise the legislation on the issue, although it is not going to be an easy goal to pursue in such a conservative country like the UK. The British Parliament does not plan to discuss the issue yet, but the Ministry of Health hopes that the discussion will take place next year.

One of the most resonant cases, which gave occasion to speak about the legalization of euthanasia in the UK and other countries around the world, occurred this year to Tony Nicholson. Having suffered a stroke, Nicholson could neither move nor speak. He had lived in this condition for ten years, seeking permission for death through lawyers. The fact is that the UK legislation permits, in exceptional cases, the implementation of suicide with doctor's help. However, as BBC commentator on legal issues Clive Coleman pointed out, in the case of Tony Nicholson, the lawyers did not give permission for that, because the patient was paralyzed and could not commit suicide. Therefore, one had to find someone who would have to kill the patient with the authorization of the law.

In his request to relieve him of his own sufferings, Nicholson appealed to Article 2 of the European Human Rights Act, which guaranteed people the right to live. Consequently, the paralyzed patient believed, the person should have the right to die voluntarily, for humane reasons. However, the court dismissed Tony Nicholson's suit. Ten days after the court decision, the patient died in agony due to his refusal to take food.

In 2009, Harris Interactive conducted a survey in Britain to find out people's attitude to euthanasia. According to the survey, about 80 percent of respondents agreed that a sick person should have the right for euthanasia. Eighteen percent said that they would refuse to help such a person commit suicide, and eight percent said that the people, who help terminally sick patients die, should be brought to justice.

In 2010, English author Terry Pratchett spoke of the need to create some sort of tribunals that would have to decide in each particular case whether euthanasia should be allowed or not. According to him, such instances should consist of a doctor and a lawyer, who would make decision.

The British Medical Association is against legalizing euthanasia in the United Kingdom. Representatives of the association believe that if euthanasia becomes legal, then the decision would erode the line between the cases when it is a person who decides to die, and when it is other people, who make the decision for another person, who, for example, stays in a coma. As for the second case, one can actually talk about the judicial murder.

What about euthanasia in other countries?

As for the U.S., euthanasia is permitted in two states - in Washington and Oregon. In Oregon, it was legalized in 1998, and in Washington, DC - March 5, 2009. In these states, doctors may prescribe a dose of poison to terminally ill people, which they take on their own.

In Switzerland, euthanasia as murder of an incurable person is prohibited. However, pursuant to law, doctors have the right to allow patients to leave this life. Doctors give them a drug, which patients inject themselves. This form of euthanasia is allowed if there is no material interest on the part of the people, who help to implement it. In May 2011, Zurich legalized euthanasia not only for Swiss citizens, but also for the tourists coming to the country. Several patients from the UK used that law.

There is also the so-called "passive euthanasia," in which doctors simply do not interfere. They do not provide medical assistance to terminally ill patients and let him or her pass away peacefully. Passive euthanasia was first authorized in California - it happened in 1976. Similar laws were passed in France, Sweden, Germany and Israel.

Which arguments do supporters use? Some of them believe that in fact the procedure of euthanasia is fairly common in practice, so it should be legalized. In 2001, Bernard Kouchner, France's Minister of Health, said that two out of ten people actually die from passive euthanasia, although no one discussed that publicly.

Another argument for euthanasia is based on the free will of a person and their right to define their own destiny. Doctor must give patient a choice: either to continue the treatment and live, or voluntarily and consciously leave life.

The proponents of euthanasia also say that terminally ill people should maintain human dignity, which can be expressed in the possibility of death.

The material side of the question also plays an important role here. Euthanasia is much cheaper than coercive maintenance of painful life for a person, who will die sooner or later anyway.

The opponents of euthanasia have their own arguments, of course.

One of them is humanism. According to the opponents of euthanasia, if patients  are respected and treated in a humane manner, requests for voluntary death are very rare. Vera Millionshchikova, the head physician of the First Moscow Hospice, said that if the sick people receive decent care, they do not feel abandoned, which excludes requests for euthanasia.

Opponents of euthanasia assert that assistance in death is contrary to medical ethics and the Hippocratic oath. The Lisbon Declaration on Euthanasia from 1987 points out the unethical side of euthanasia.

There is also a possibility of medical errors. As a result of this error, one can take the life of a person who can be actually cured, either now or in the future.

One should also note that such world religions like Islam, Judaism and Christianity are ardent opponents of voluntary death. Life is a gift from God to man, and only God can take it back.

In Russia, the ban on any form of euthanasia is regulated by the law from November 21, 2011, under which medics are prohibited to commit any action or inaction aimed at depriving patients of their life.

In Russia, like in any other part of the world, there are many of those who support and oppose euthanasia. Stanislav Minin, an observer with the Nezavisimaya Gazeta newspaper, believes that it is up for a person, but never for the government to decide whether to live or to die.

Archpriest Vsevolod Chaplin said that maybe it is not necessary to maintain life with the help of medical equipment if a person was suffering for many years, showing no signs of meaningful life. In this case, Chaplin said, it is not clear whether there is a soul in the body or not.

However, chief sanitary doctor of Russia, Gennady Onishchenko, speaks strongly against euthanasia. He says that doctors should not be executioners. According to him, such actions and thoughts humiliate medical specialists.

Should Russia allow euthanasia on the legislative level, even in a passive form? Probably not - for a variety of reasons.

If euthanasia is approved in Russia, where corruption is still quite strong, it will most likely lead to the appearance of a great deal of violations at this point. It is quite possible that people will be put to death through forged documents and bribed doctors in order to obtain material benefits.