Europeans kill themselves over belt-tightening policies

Not that long ago, a wave of suicides has swept Europe. While in Russia in recent years it have been mostly minors who take their own lives, in the West it is mature people who choose to end their lives. Experts say many of the tragedies in Italy and Greece are caused by the economic crisis, when belt-tightening becomes a noose around people's neck.

Recently, police removed the body of a 61-year-old sailor from a tree where he hung himself after being decommissioned from his vessel. He is survived by his wife, daughter and a dog, the newspaper Der Spiegel wrote. Greece is experiencing a wave of suicides allegedly caused by the economic crisis. 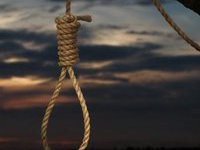 According to statistics provided by the newspaper Ta Nea, the suicide rate in Greece in 2011 reached 411 cases, which, according to Reuters, is an increase of 40 percent over the past year alone. According to the official numbers, over the last three years the number of Greeks who committed suicide grew by 20 percent, and therefore, the daily newspaper Kathimerini wrote recently about "the most brutal chapter in the history of the financial crisis in Greece." Before the economic crisis for quite some time suicide rate per capita in Greece was the lowest among other European countries - 3.5 suicides per 100 thousand residents.

Experts blame the increase in suicides on tough belt-tightening policies imposed on the citizens of heavily indebted countries. A few days ago in the water of the city of Kozani the body of a 45-year Greek woman who drowned herself in despair was found. The local bishop refused the family in the funeral services according to the Orthodox rite. The church bells were silent when her body was buried.

The European press reported about a 77-year-old Athenian who voluntarily departed this life in order to avoid scouring garbage containers in search of food. In his farewell letter, the retired pharmacist accused the "occupational government" of his country that "did not give him any chance" at a normal life. "I have no other choice than to end my days to avoid begging for food and being a burden to my children," wrote the Greek pensioner.

Speaking on Greek radio, chairman of the Union of Athens Pharmacists Costas Lurandos talked about the deceased as a man who never hurt anyone, but in his old age fell ill and faced financial problems. "The fact that he said goodbye to life shows the integrity of his character," said Lurandos. "The place he chose to do so is the evidence of his political maturity."

"The financial crisis threatens the lives of normal people, but radical reductions in social security are much more dangerous," The New York Times quoted sociologist David Stuckler who has long been researching the social impact of the economic crisis. The expert made a disappointing conclusion with regards to Italy where the situation is similar to that in Greece: radical austerity measures can turn the economic crisis into an epidemic. The U.S. media reported that over the past three years in Italy at least 30 cases of suicide among entrepreneurs who were unable to pay debts or lost financial subsidies have been recorded.

One of the founders of sociology, Emile Durkheim, once wrote that one can assume that the tendency to suicide lies in the very structure of the individual, regardless of his various abnormal states. It may be purely mental phenomena, without being necessarily connected with disorders of the nervous system.

He coined the term "anomic suicide," that is, suicide associated with the loss of the value system in the society. The destruction of social norms and values ​​is mentioned in the first place by the European Union when talking about Greece. The country that always had a low number of suicides has suddenly become a leader in terms of this indicator, along with Italy. All the same, the "father of sociology" Durkheim drew attention to the fact that Catholics, unlike Protestants, are less prone to suicide.

Suicide statistics are not complete, Professor of Psychiatry with the University of Athens Basil Kontaksakis is convinced. During his speech on Greek radio the psychiatrist said that the first ones to suffer are not only the elderly but also young people. Among the unemployed Greeks there are many young and energetic people at the age of 25-30. But the most vulnerable groups are people aged 35 to 55.

13:33
Biden falis to pronounce the name of the US in a public speech
13:19
Captured Ukrainian militant: NATO experience is useless in real combat
12:48
Nearly 1,000 fighters leave Azovstal and surrender to Russian forces
19:01
Putin: EU's refusal of Russian energy resources is an economic auto-da-fé
16:56
Finnish parliament votes for country's membership in NATO
15:47
Finnish admiral suggests Russians be buried in the land of Finland, as in 1939
13:06
Moscow says Finland and Sweden's entry into NATO will 'untie' Russia's hands
12:53
Kremlin declared the United States hostile to Russia
21:11
Ukraine blows up ammonium nitrate to accuse Russia of chemical attack
19:35
German Leopard 2A4 heavy tanks spotted in Ukraine
Hotspots and Incidents
Up to 16,000 Ukrainian soldiers entrapped in Luhansk People's Republic