Euthanasia - luxury for the wealthy

The topic of euthanasia does not leave anyone indifferent. Voluntary withdrawal from life due to serious illness for some people is a grievous sin, for others - the only escape from suffering. For several years, seriously ill people in two states in the U.S. have been able to count on the help of doctors in ending the suffering. What are the consequences of legalization of euthanasia? 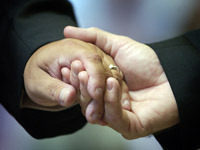 In 1997 in the U.S. state of Oregon a law was passed allowing patients at the end-stage seek medical assistance in the implementation of a suicide. In 2009 a voluntary withdrawal from life was allowed in special cases in Washington. Initially, the officials were seriously worried that the legalization of euthanasia will make Oregon a place of pilgrimage for those wishing to withdraw from life, but these fears did not materialize.

While the number of those who prefer death to a painful life grew, so far we are not talking about large-scale flow of these "tourists".
In Oregon, the number of men and women who have died through euthanasia is about the same. The average age of people who have used "legalized suicide" is 71. Of these, 81 percent suffered from cancer, seven per cent had Lou Gehrig's disease, and the rest had various other diseases, including those of lung and heart. The statistics in Washington is about the same.

67-year-old Dr. Richard Wesley is one of those who intends to exercise his right to euthanasia in the future. The former doctor suffers from Lou Gehrig's disease - a slowly progressive, incurable degenerative disease of the central nervous system, in which the upper and lower motor neurons are affected, which leads to paralysis and subsequent atrophy of the muscles.

It should be noted that many critics of the law referred to its social injustice. Euthanasia is not cheap, which means that patients from poor families will not be able to die quickly and painlessly. However, it became clear that less wealthy Americans are not particularly inclined to interrupt their tortures with drugs. Euthanasia, according to recent studies in the U.S., attracts financially sound white people with good education.

According to The New York Times, the supporters of euthanasia do not choose it because of the pain, but because they want to control their death as well as they can control their lives.
Richard Wesley voted for the legalization of euthanasia even before he was diagnosed. The retired doctor learned about his illness a month after he cast his vote.
In the summer of 2010, doctors told Wesley that he had only six months to live, but they were mistaken. Currently, Richard is not able to move, he has difficulty breathing, but he is still trying to enjoy life to the best of his ability.

For a long time Wesley has been living with the knowledge that death is at his door. Yet, he is comforted by the fact that he can decide when he dies. Richard has a prescription for a lethal dose of drugs, and although he would prefer a natural death, if necessary, he plans to take drugs and die quickly and quietly.

Getting a lethal dose of drugs is not easy. First, two doctors must confirm that the patient has no more than six months left to live. Second, a request for medication is implemented in two stages, and only after 15 days the medication will be given to the patient. In addition, the important point is the ability of the patient to take pills on their own. In the case of Lou Gehrig's disease this condition is difficult to fulfill, but Richard Wesley said that he could pour the pills into his feeding tube if the need arises.
In an interview with Pravda.Ru Director of the National Center for Human Reproduction and Family Planning at Ministry of Health, MD, Professor Andrei Akopian was of the opinion that a person has a right to a dignified death, but only when a dignified life is provided as well. "Likely, the practice of euthanasia in some form will be implemented in the world.  In Russia euthanasia is illegal, and I now fully agree with that, and not on logistical grounds, but because the meaning of medical practice is to provide life and the patient's health, and the killing as a way to treat the pain may not be acceptable. There is no pain that cannot be managed. This practice may cause psychological pressure on the elderly, for example, because of financial reasons.
But since there is an issue, and the question arises about its implementation, it should not be the issue of the medical community. This may be a special procedure performed by some social workers. Of course, I would caution to call euthanasia of a seriously ill person a murder, because there is no offense if all procedures are followed."
Xenia Obraztsova