A Norwegian lawyer criticized the local judicial system that, in her opinion, protects pedophiles. As a result, in many families children are forced to live with parents who subject them to sexual abuse. All attempts to appeal to the court are unsuccessful because the testimony of the children simply is not trusted. 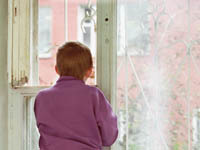 Norwegian lawyer Thea Totland shared her fears with a reporter of local newspaper Vartoland. The article has a distinctive title: "Predators win the war on children." It describes a recent case when a mother of a boy appealed to the court.At the hearing the child confirmed that he was subjected to sexual abuse by his father. However, since no other evidence was found and the father denied the boy's testimony, the court found the mother mentally unbalanced. As a result, the custody of her son was handed over to the father and the mother was allowed to see the child twice a month under supervision.

As stated by Thea Totland, this case is not isolated and is no exception. From her own legal practice she knows of at least 20 cases when the testimony of a child is not considered, and the same parent who was suspected of abuse gets custody of the child. The experts tend to blame mothers, accusing them of an unhealthy imagination.
The journalist noted that the experts, too, can have different opinions. The trial of the Norwegian terrorist Andris Breivik confirms it. The majority of the experts declared him insane, while others thought he was a mentally healthy person who shall be responsible for his actions.

Somehow, in the case of abuse against children the court is inclined to rely on one point of view. According to Thea Totland, today Norwegian courts are dominated by the opinion that children should not be trusted in such complex issues as pedophilia. In her opinion, this approach at the time was influenced by the "Byugn legacy."
This refers to a high-profile case of the rape of children in a kindergarten in Norway in the 1990s. Then the assistant teacher was charged with sexual assault of a hundred children. Later the man was acquitted, and the children's testimony was called "childish fantasies".

Indeed, the Norwegian Justice shows a surprising softness towards parents suspected and even accused of sexual offenses against children. For some time the court allowed the father accused of abusing his daughter unsupervised dates. The man was imprisoned for one year for sexual activity with his 11-year-old daughter. Even this extremely lenient sentence is surprising, and its consequences - even more so.

The girl's mother said to local television station TV2 in a shock that she had never thought that such a judgment was possible in Norway. "I believe that the court puts my daughter in the risk of further abuse," she said.

The situation is similar in the case of a Russian citizen Irina Bergset. Norwegian court has decided to transfer custody of her five year old son to his father, who is suspected of sexually abusing the child. The court had heard a testimony by the investigator for especially important cases of the Investigative Committee of Russia who presented evidence against the man (material containing child pornography found on his computer). Not only the court did not take this fact into account, but it even did not mention it when making a decision.
The mother was allowed only one visit with her son per year. Recently even the right for one visit was revoked because of a threat of the child being taken to Russia. From the point of view of Norwegian justice, it is much more dangerous than pedophile fathers.
Svetlana Smetanina