Marriage of blacks prohibited in church in the southern U.S.

A Baptist church in Mississippi, United States, officially denied the marriage of a couple because they were African Americans.  This most recent event denotes the persistent racism in the northern nation.

Charles and Andrea Wilson thought about getting married at the First Baptist Church of Crystal Springs (south), but the main priest forbade the ceremony on the grounds that the mostly-white congregation would object.

Because we are black, some  of the faithful have protested already that we cannot marry in the church where we thought we were wanted as dear brothers in the faith, commented Charles Wilson on CNN.

In a last minute decision on Sunday (29th), Pastor Stan Weatherford advised the couple to change their wedding to another church "not to encourage a controversy or worsen things with the precedent set by this situation."

Recent research by the National Journal newspaper and the University of Phoenix reflected that 23 percent of Americans believes that racism has increased and 42 percent say that nothing has changed since 2009.

In January that year, Barack Obama took the White House as the first African American president in the history of a large country with a history of segregation and violence against ethnic minorities. 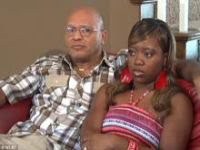