In Germany, two people of Hesse registered the first in the world "hate hotline." Using a paid service, anyone can talk smack to their opponent at the other end of the line, blow off the steam and avoid pouring their anger at a neighbor. Despite the success of the business, the very idea of ​​it has found many critics. 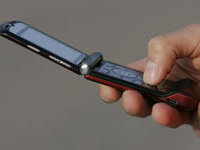 The idea of ​​creating a paid telephone services (in literal translation from the German the "abuse hot line"-Schimpfhotline) belongs to two employees of an advertising agency, Ralf Schulte and Alexander Brandenburger.

Their service, without doubt, enjoys great success. The owners of the hotline are seriously considering an increase in staff, but in the meantime all of their friends and acquaintances are involved in their business so that the line could operate 16 to 18 hours a day. Both the users and employees remain anonymous, said to the German web resource derwesten.de one of the initiators of the idea, Alexander Brandenburger. According to him, most callers are men between the ages of 28 and 38.

In the beginning of his career, Brandenburger, now 38-year-old, studied to be a chef. Now he says: "One of my bosses would regularly stay alone in the refrigerator shop and there he would swear loudly at everyone and everything - this is exactly what we offer clients calling our hotline."

"There are days when you simply boil with anger, and are ready to crush someone like a bug," acknowledged 41-year-old Ralph Schulte. For a small fee - 1.49 euros per minute - anyone can talk smack.

The idea is obviously simple. Some thirty or forty years ago, some companies in Japan used to install mannequins that resembled the company management. Employees of the factories frustrated or offended by their supervisors at the end of their workday could come and punch the mannequins between their eyes. In this unpretentious way they would get rid of their rage and anger, return home, quiet and well-balanced, and would not yell at their family members with no reason. The method killed two birds with one stone: there were not arguments with the leadership, and innocent people did not suffer from anger flashes.

Russian people prefer "samurai" practice to German talking. First of all, why pay money if you can be rude to someone in the street or public transit. Verbal abusers are still rarely fined. When people start getting punished for libel (under the new law punishment for libel suggests corrective labor or a fine), the situation may change.

Secondly, German curse words do not sound impressive for the Russians as they are much milder than Russian swear words. English or Spanish curses are more similar to Russian obscenities, but this is not the case with the German ones.

In addition, in Russia, obscenities are used in everyday speech, sometimes in place of the indefinite article. The Russian way is a fist fight, and not obscenities.

German psychologist and consultant Sven Kepper, head of the telephone service at Marburg, is also critical of the first hot abuse line in Germany. The first reason is money. Why pay 49 euros for an hour to dubious entrepreneurs when there are established psychoanalysts conducting psychological interviews on a couch and from time to time giving good advice.

The authors of the new ideas respond to such criticism that they are not professional psychologists, but rather, "verbal sparring partners." Their job is to get people to speak up and relax. When in the course of a dialogue some opponents get even more aggressive, the conversation is immediately terminated. Tandem Schulte-Brandenburger is not going to give anyone any advice or engage in psychoanalysis. It is enough that the person swore to their heart's content and calmed down.

Psychologist Kepper candidly admits that it is not even about the money. A person who requires this kind of assistance still needs, by and large, services of a psychiatrist. Patients should speak and quietly analyze the need for aggression.

Schulte and Brandenburger, on the other hand, suggest that their brainchild should be considered lightly. They offer their clients not to choose expressions and be relaxed. In an interview with some of the opponents the workers "have to wear something like a protective cocoon," stressed Schulte. Before each interview he repeats a mantra: "Everything that happens now does not concern me." Brandenburger's girlfriend, on the contrary, after hearing only one caller, hung up and told him that this was enough for her lifetime and that Alexander should be dealing with such calls on his own.