The Queen’s Jubilee: The wider issue

The jubilee celebration of the sixtieth anniversary on the throne for Queen Elizabeth II of the United Kingdom, Head of State of sixteen nations, Head of the fifty-four strong Commonwealth of Nations is, apart from being a massive four-day party in the UK, potentially an event of monumental international importance. 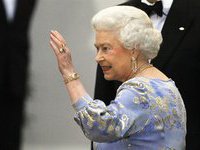 Anywhere else on Earth, the act of putting the mask of the Head of State on a dog (as broadcast around the world) would be understood and taken as an insult. In the United Kingdom, quite the contrary. Those who don't understand this, just don't get it, and these are the ones criticising the British monarchy, using a myriad of reasons which defy logic or else demonstrate pure ignorance.

For those who expect me to engage in a Brit-bashing, anti-monarchic diatribe, I apologise. I enjoy writing what I perceive as the truth and shall do so here. Those who label the British monarchy as "murderers" and "thieves" only underline their own ignorance and destroy any iota of credibility they may have had.

The Diamond Jubilee of Queen Elizabeth II is a monumental occasion for the United Kingdom, whose very name underlines the need for a figurehead who is not Scottish or English or Welsh or Irish or Manx, but who represents all of these peoples and embodies their culture. More than that, Queen Elizabeth II is a cultural, historical and historic bridge between past and present: her first Prime Minister was Winston Churchill.

Nobody had heard of the Beatles or the Rolling Stones when she became Queen in 1952, sixty years ago, just after the independence of India/Pakistan and before the transformation of the British Empire into the Commonwealth of Nations, of which she is Head.

And here is the wider issue. Queen Elizabeth II represents and embodies the cultural heritage of this Community of Nations and is the focal point around which the Commonwealth and the people of the United Kingdom rally, to find, in one word, togetherness, or in two words, common values.

Today's Thames River Pageant brought together over one million people from the UK and hundreds of thousands of visitors from the USA, Canada, Australia, New Zealand, South Africa, among many others.

The message is togetherness, celebrating common values which are very much based upon finding and maintaining and building bridges, the message has to do with respect, with inclusion and with a developmental approach to policy-making, involving the thousands of charities the Queen and the Royal Family represent, involving the Trusts and Institutions sponsored by the House of Windsor, whose projects bring opportunities to countless millions of people across the globe.

Queen Elizabeth II is above party politics and has nothing to do with British foreign policy; these are Government matters. She is an unofficial advisor, not a policy-maker. This is precisely why the world should remember this Diamond Jubilee and Queen Elizabeth II, who has dedicated six decades of her life to public service.

Queen Elizabeth II embodies the very best of the attributes of the British people and those of the Commonwealth of Nations as they came together today to celebrate the Diamond Jubilee: good-natured fun (demonstrated at the nearly ten thousand street parties around the country), goodwill, openness, respect.

The Jubilee of Queen Elizabeth II is an ode to togetherness, to inclusion, to common values. She has made these values a part of British culture and her professionalism and dedication to her post have moved them to the centre stage of the Commonwealth. Perhaps the wider international community could stop for a moment to reflect, learn a few things and turn over a new leaf in our collective history together on our planet.