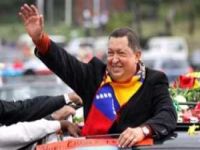 The president of Venezuela, Hugo Chavez, has a 32 percentage point advantage over the conservative candidate heading toward elections next October in Zulia state, according to the results of a survey released on Thursday (3rd) in the Venezuelan capital.

According to the results of a survey conducted by researchers from the Social Research Group XXI (GIS XXI) of the Venezuelan state, Chavez is the preference of 58 percent of voters for these elections, while Henrique Capriles Radonski is preferred by 26 percent.

Governed by Pablo Perez, who competed with presidential candidate Capriles to represent the opposing force, the Zulia state is surrounded by Lake Maracaibo and is one of the major oil production centers in the country.

Zulia is, moreover, one of the most populated states, with 3.8 million inhabitants.  Its capital, Maracaibo, is the second-most important city of Venezuela, only surpassed by Caracas.

GIS XXI research suggests, moreover, that 68 percent of the population considers the performance of the President last year very good overall, while 44 percent qualifies much of the opposition as very bad in the same period.

GIS XXI asked about Governor Pablo Pérez and the main leader of the United Socialist Party of Venezuela (PSUV) in the state, Francisco Arias Cardenas, who also aspires to take over the government in regional elections on 16 December.

According to the researcher, the socialist leader won 31 percent of electoral preferences, against 24 percent for the current state representative.

In the opinion of Jesse Chacón, president of GIS XXI, the fall in the polls by Pablo Perez is due to at least four factors, including the work done so far by Arias Cárdenas on behalf of the PSUV in that state.

He points out, moreover, the failure of Perez in his aspirations to become the only candidate of the opposition in the primary elections of February 12, and the fact that in trying this, he was careless in the management of the State as Governor

Finally, there were problems in the relationships of Pablo Pérez with the mayor of Maracaibo, Eveling Trejo, wife of the former presidential candidate and now fugitive from justice, Manuel Rosales.  The people are beginning to feel the inefficiency of the government management, said Chacón.