Burning Korans in the U.S. hurts the West

The Minister of Culture and Islamic Guidance of Iran, Seyyed Mohammad Hosseini, condemned the burning of copies of the Koran by U.S. fundamentalist pastor, Terry Jones, noting that such measures will be precisely against the west itself. 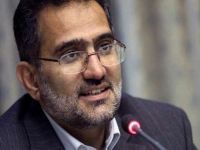 "The burning of copies of the Koran shows the maximum anger of the west against the symbols of the Islamic world, and such sacrilege further encourages Muslims to strengthen their faith in the Holy Koran," added the Persian official.

The high ranking Iranian authority emphasized the need to make the Holy Quran known to everyone, therefore he reflected: "Unfortunately, the translation of the Holy Quran is still missing in some modern languages​​, we must focus more effort on this matter."

As part of his remarks, the minister added: "The indecent act of the American pastor when burning a copy of Holy Quran has only motivated the world to be internalized by this divine miracle."

"The west, in his view, claims to defend human rights.  However, it denies the feelings of 1.5 billion Muslims," ​​said the head Persian to describe the burning of the Koran as a shameful act for the west.

It should be noted that on Saturday, the American radical, Pastor Terry Jones, re-burned copies of Holy Quran and the Prophet Mohammad's portrait in front of his church in the city of Gainesville, Florida, USA.