Dorothy Stang: Seven years on, a symbol of resistance

Seven years after her murder, Dorothy Stang remains alive, a symbol of strength and resistance - "Here is my soul". It was with these words that Sister Dorothy Stang left this world, upon her murder on February 12 2005 in Anapu, State of Pará, Northern Brazil. The 73-year-old missionary nun fought for the rights of agricultural workers in the region and against the actions of the illegal land-owners in the State. 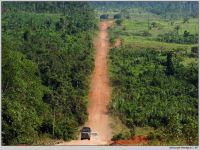 "Here is my soul". It was with these words that Sister Dorothy Stang left this world, upon her murder on February 12 2005 in Anapu, State of Pará, Northern Brazil. The 73-year-old missionary nun fought for the rights of agricultural workers in the region and against the actions of the illegal land-owners in the State, antagonising in this way the great landowners and suffering the maximum penalty for working with the most disfavoured and in defense of the Amazon forest.

Seven years after her departure, the fruit of her work continues to produce results. According to Dinailson Benassuly, coordenator of the Dorothy Committee, the work that she did continues to be undertaken by the Sisters of the Congregation of the Sisters of Norte Dame - and has produced results.

"The work continues to be done and it is generating good results. The farmers are making progress, many of them are already building their homes and looking after their cocoa crops in the Sustainable Development Projects in Virola and Esperança, which will be very large in future. We are sowing the seeds for new people to come who are willing to fight," he reveals.

Dinailson adds that Sister Dorothy continues to live in the hearts of the people who knew her, socialised with her and admired her. "Her memory is still very much alive," he said. To remember her life and work, on the seventh anniversary of her death, there were several activities. In Belém, (Pará), there was a political, cultural and inter-religious ceremony in the main square, Praça da República, at 9.00. In Anapu, there were different activities in São Rafael, where Dorothy Stang's body was buried. During the morning and the afternoon, there were several initiatives with the participation of farmers and in Fortaleza, Ceará, a Mass was held at 18.00 in the Parish of Santo Afonso (Igreja Redonda).

Dinailson said that the activities in Pará included space for debates on environmental themes such as the Belo Monte hydroelectric plant, planned to be built across the River Xingú. Dorothy also fought against this mega-project, which according to the coordinator of the Commission, will only bring problems to the people in the State.

Sister Dorothy Stang was na American missionary who worked on projects such as the reforestation of the Amazon. She also worked together with the farmers to settle land disputes, very common in this part of Brazil. On February 12 2005, after receiving several death threats because of her work, the missionary was murdered with six shots, in Anapu.