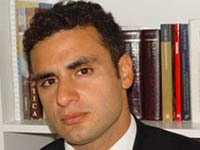 Member of the Government of Argentina, Ivan Heyn, who was found dead last Tuesday at Radisson Hotel in Montevideo, died during a dangerous sex game, RIA Novosti news agency reports with reference to Uruguay's news agencies. Heyn served as deputy secretary of foreign trade of Argentina. He participated in MERCOSUR summit in the Uruguayan capital.

Lead trial judge Homero Da Costa told reporters that at the time of death Heyn was staying in the room alone. He was found naked and had traces of semen on his body. The man was hanging on his own belt, which was tied to the crossbar of the wardrobe. In connection with Christmas and New Year holidays, the investigation has been delayed till February.

Meanwhile, the official version of Heyn's death says that the man most likely died from sexual asphyxia, in which a person limits access of oxygen to the lungs and the brain to achieve stronger orgasm. Police officers say that it is likely that "in the process of partial self-strangulation Heyn miscalculated his forces and lost control of the situation."

Participants of the Southern Common Market MERCOSUR summit learned of Heyn's death at the moment when presidents were going to pose for official photos. This event, like the ceremonial signing of the free trade agreement of the bloc of South American countries with Palestine, has been postponed for a while. The news about the death of the deputy secretary for foreign trade put the participants of the meeting into a state of anxiety. Argentine President Cristina Fernandez de Kirchner was so impressed with the news that she had to ask for medical help.

33-year-old Ivan Heyn was a "star economist" at the Argentine government. After the inauguration of the president of Argentina on December 10, he was appointed deputy head of the foreign trade department, working within the framework of the Ministry for Economy. Heyn was a state representative at the board of directors of Argentine Aluminum. He graduated with honors from the Economics Department of the University of Buenos Aires. He used to be one of the leaders of the pro-government youth organization "La Campora."

The body of Ivan Heyn was buried in Buenos Aires. His funeral was arranged by his fiancee Luana Volnovich, with whom he had been living during the last three years. Argentine President Cristina Fernandez de Kirchner expressed her condolences to the woman face to face. Many politicians, public figures, including the head of the Cabinet of Ministers of Argentina Juan Manuel Medina came to bid farewell to the politician.

Deaths from "autoerotic asphyxiation" occur more frequently than may appear at first. World statistics on such cases is not available, but it is known that, for example, in the U.S., the number of such tragic and bizarre incidents vary from 200 to 1,000 every year.

The most famous case of this kind took place June 4, 2009. Actor David Carradine, who played Bill in the movie "Kill Bill" was found dead with a rope tightened around his neck in a closet in a hotel room in Bangkok, Thailand. Forensic experts suggested that the actor died trying to satisfy himself, as he was found hanged on interconnected nylon ropes of black and yellow. One of them was tied around his neck, and the other one - on the penis.

A similar incident occurred 18 months ago in the UK. A well-known 32-year-old British TV presenter Kristian Digby died as a result of an unsuccessful sex game.

On March 1, 2010 Kristian Digby, whose fortune is estimated at several millions of pounds, was found dead in his home. The body of the TV presenter, known for his homosexuality, was discovered by his friend, to whom he rented a room. The presenter's boyfriend was abroad at the time when the tragedy occurred. Paramedics noted that the man was found wearing only boxer shorts. He had a black plastic bag on his head; the bag was tightened around his neck. Experts found a bottle of chroloethane in the bedroom. The substance is normally used for local anesthetics, but inhalation of it can considerably enhance sexual experiences.

In August 2010, an employee of British intelligence service was found dead in his London apartment. The naked body of 31-year-old Gareth Williams was discovered in a sealed bag in the bathroom. According to one of the versions, he could have died because of an accident during sex games.

As a rule, those, who practice autoerotic asphyxiation, conceal their activities from everyone, even from their closest relatives. Other people learn about it only when such dangerous addiction leads to death. Most of such addicts are men, whose average age at the moment of their death makes up 26.5 years. This "hobby" usually appears during adolescence.