Christmas should be more than gift swapping for children 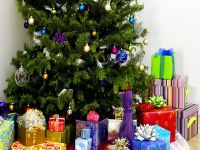 Simple initiatives such as putting the tree up, fostering closer dialogue and keeping away from consumerism...It is important to remind the child of the meaning of Christmas

During the holiday season, most people enter with an atmosphere of friendship and go shopping for a present to provide their someone special a nice surprise at Christmas dinner. The consumer market leverages the collective spending, and gifts are exchanged, offering promises of happiness.

How are the children with all of this? Is it only about giving Christmas gifts? Should Santa Claus be viewed only as the largest distributor of packages on the planet? A psychologist told me about children who wanted their parents to be separated so that they can receive two gifts. It is a striking example of childlike consumerism that corrupts children.

The party atmosphere can provide special moments to pass on values ​​and put the child in contact with the familiar culture in a positive way. Our comments and actions reveal what we think and feel. Simple initiatives, such as putting up the Christmas tree and decorating the house with children, favors closer ties and opening dialogue about the meaning of this holiday season.

It can also be very pleasant to stroll through the city to see the Christmas decorations, walking down the street talking, watching, observing everything, creating opportunities to discuss many things with the children. It's a way to put them in touch with the world and insert them into a space where they live and often barely know.

Each family makes its own traditions for Christmas. It does not matter whether their values ​​are religious or not. Although Christmas is a Christian celebration, even those without a religious identity can enhance the aspects of solidarity and peace, rather than focusing on a party atmosphere and the simple act of consumption.

I find it important that children believe in Santa Claus and enjoy that delightful fantasy as part of an enchanted childhood. In other families, Santa Claus does not exist, but the crib or other objects symbolize Christmas. The important thing is paying attention to how children are realizing what is happening around them.

To carry fond memories of their childhood, they need much more than a pile of boxes under the Christmas tree. We must give meaning to the present, make it a demonstration of love and affection. The exchange of gifts is part of our culture and is not an evil in itself. What seems negative is the exaggerated emphasis placed on the material value of the present.

At home, we talk of Santa Claus, thinking about building a sense of solidarity and social justice. While the good old man can give presents to many children, he gives a simple little gift for each one.

The effort should be to translate that for a child who has no concept of value and make them understand that this is not a demonstration of power and prestige. It is an attempt to celebrate Christmas without any of the consumerism that has engulfed the occasion and leave the child with the feeling that they are worth what they gain.

Merry Christmas to all!