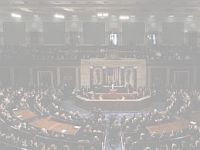 The U.S. Congress is considering a bill that would again restrict travel of U.S. citizens and Cuban-Americans, as well as remittances to Cuba. The initiative, sponsored by Republican state representative from Florida, Mario Diaz-Balart, was included as part of the federal budget law for 2012, currently undergoing discussion in the House of Representatives, noted the Chicago Tribune.

The measure seeks to reinstate the restrictions adopted during the administration of George W. Bush, allowing for just one trip every three years for Cuban-Americans for reasons of "family reunification" and a limit of $1,200 per year for the concept of remittances.

Also annulled would be the supposed relaxation of sanctions approved by President Barack Obama last January, in favor of providing academic, religious, cultural and sports travel if it should comply with what the Oval Office called "promotion of person to person contact."

The legislation includes a budget bill crucial to the country which has great chances of being approved by both houses of the Legislature, according to sources in the Congress.

The Democratic representative from New York, Joseph E. Serrano, is opposed to any sanctions against Cuba. He seeks to create a consensus in the lower House to stop the proposal.

The legislative and institutional aggression from Washington against Havana is increased.

Last October, Ileana Ros-Lehtinen, the Chairman of Foreign Relations Committee of the House of Representatives, openly asked the Secretary of State Hillary Clinton for, "more forceful actions against the Cuban government."

The provocative statements of Lehtinen were joined by others throughout the year with the same tone. They came from Congressmen who are considered reactionary anti-Cubans: Marco Rubio, Bob Menendez, David Rivera, Bob Graham, Bill Nelson and others.

These lawmakers defend the toughest positions of their government against Cuba, mainly with regard to strengthening the economic blockade, the attempt to drown out the finances and the banking sector of the Caribbean nation and the brake to the oil expansion of the island.