Sexual abuse is a huge problem in schools 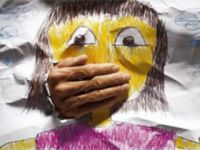 Mexico, Colombia, Ecuador and Bolivia all recorded a high number of cases of sexual abuse against children and adolescents in the school environment. The report, Sexual violence in educational institutions, the NGO Women's Link World Wide Foundation for the Defense and the Return of Human Rights of Bolivia, the Center for Reproductive Rights and the Autonomous Technological Institute of Mexico have rebuilt data on the situation, it indicated the groups most vulnerable and some causes of impunity.

In Colombia, the Attorney General received 542 complaints of maltreatment and sexual abuse in public schools in the country. From this number, only 32 cases had resolution, that is to say, of every 10 complaints, only 1.5 are solved.

The National Institute of Forensic Sciences reported, in 2007 alone, 337 cases of sexual abuse in schools. According to the agency, just in the city of Bogotá, sexual violence increased 138% between 2004 and 2008.

Between 2004 and 2005, according to the Institute, there were 937 cases of sexual abuse of students in public and private educational centers (577 and 360, respectively), which would give an average of one case per day. The number does not give the exact dimension of the problem, since many victims remain silent.

In Mexico, the situation is repeated. A recent study cited in the report said that just in Mexico City, between 2001 and 2010, there were 3,242 complaints to the Unit for Attention to Child Sexual Abuse and Maltreatment (Uamasi). School personnel committed 85.78% of them - principals, teachers, administrators and staff - and the other 15% refers to other sexual abuse or harassment.

In Bolivia, a report published in 2004 by the Committee of Latin America and the Caribbean for the Defense of Women's Rights (Cladem) says more than 100 sexual assaults occured within the Bolivian schools.

As one of the factors that favor impunity, the National Board of Parents of Families pointed to the light punishment for the perpetrators. "The maximum punishment that we know of from the authorities is a location change for teachers when they are accused of physical or sexual abuse, and so it is. Only a teacher who raped a girl is in prison," he says.

Ecuador, declared by the World Bank as a country with a "serious crisis of sexual violence among young people," records that of every four students, there is one case of sexual abuse, while one in three students knew of some of these cases. Among the perpetrators are mostly teachers, classmates and neighbors. In 2006, the World Bank report notes that 22% of students reported being victims of sexual abuse.

Similarly, the National Council of Women published a report in 2006, claiming that in a group of 1000 young people, 121 suffered kissing and touching without consent, 32 were raped, 27 have experienced oral and genital sexual abuse. According to the study, 84.3% of complaints points to women as victims ..

As a factor that favors the violations, the report cites poor infrastructure and security in public schools in Latin America and the Caribbean, which affects poor children and adolescents much more

Also it is possible to ascertain that particular groups are most at risk of sexual violence, according to ethnicity, indigenous status, immigration, sexual orientation or being a disabled person. "The children and young immigrants, both internal and external, are much more vulnerable, while not being able to rely on their documents for fear of being deported, or endangering their immigrant or undocumented families " he explains.

Also according to the document, the fear of losing face is nourished by institutions to help cover up cases of abuse, as well as lack of interest and lack of prioritization of the issue by judicial authorities facilitates perpetrator impunity.