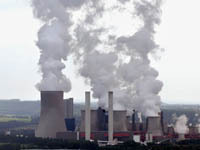 The effect of the Kyoto Protocol was extended until 2020. In 2015 a new agreement should be prepared to reduce greenhouse gas emissions. The compromise solution was adopted at the global climate talks in Durban, South Africa. However, Canada has officially withdrawn from the agreement, and a number of other countries, including Russia, have no plans to sign a new version of the contract.

Canada formally withdrew from the treaty, as officially declared by the country's Environment Minister Peter Kent. The plans of Ottawa have been known since last year. At the same time, Japan and Russia said they were not going to sign a new version of the protocol. New Zealand will not participate in the second phase of Kyoto either. By 2013, Russia promised to fulfill its obligations under the first period of the protocol.

Thus the EU remains the single largest emitter among the developed countries who agreed to take on climate commitments.

The adoption of the UN Framework Convention on Climate Change in 1992 was made possible by the active introduction of the idea of ​​linking global warming with increasing volumes of industrial emissions. It was decided to reduce emissions to the atmosphere and provide the financial and economic support of this process.

The Kyoto Protocol, adopted in 1997, became the first international agreement in the field of nature protection based on the principle of emissions trading of greenhouse gases, emitted by member countries. The agreement also obliges 37 industrial nations to cut greenhouse gas emissions.

Then the EU committed to cut emissions by eight percent, Japan and Canada - by six. Russia and Ukraine had to keep emissions at 1990 levels.

A number of countries where the industry is actively developed, including China and India that account for the greatest number of emission and where the developed countries brought their dirtiest production, took no obligations upon themselves. The Kyoto Protocol was also signed by the United States but never ratified.

In 2005 several countries began to fulfill the obligations of the Kyoto Protocol under the UN Framework Convention on Climate Change to reduce greenhouse gas emissions to counter global warming. The first commitment period of the protocol ends on December 31, 2012.

"The Kyoto Protocol does not apply to the two world leaders in greenhouse gas emissions - the United States and China. This means that the agreement is not working," said the Canadian Minister, Peter Kent, explaining the reasons for withdrawal from the agreement.

Nevertheless, Canada will join the international agreements in the field of environmental protection in the event that it will be done by all countries. Incidentally, Kent does not rule out that soon other countries may declare withdrawal from the Kyoto Protocol.

Canada still had to pay the price for its failure. Experts estimate that since 1990 instead of declining by six percent, carbon emissions in the country increased by 17-30 percent. As a result, Canada was charged with $14 billion penalty for exceeding the quota of carbon dioxide emissions. Due to the lack of a well-designed method of reducing emissions, the largest developing industrial powers refuse to commit to the protocol.

As a result of the UN Conference on Climate Change in South Africa, 120 nations signed the basic agreement, which became known as "Durban platform." At the same time, the countries were unable to adopt the new agreement, and the Kyoto Protocol has been extended until 2020.

Thus, developing countries have escaped the imposition of restrictions on greenhouse gas emissions that would have been the provision of the new agreement. The limits for the developed countries remained unchanged. No specific numbers are spelled out in the new package of tactical measures. It is difficult to specify targets at the time when major polluters, the United States and China, as well as developing countries, refuse to take on limits on emissions.

Incidentally, in 2010, according to the U.S. Department of Energy, global industry, transport and agriculture increased their emissions of carbon dioxide into the atmosphere by 512 million tons as compared to 2009. The increase corresponds to six percent, which is worse than forecasted expectations under a pessimistic scenario.

The U.S. refusal to participate in the limitation of emissions largely makes the ideas declared by ​​Kyoto protocol pointless. However, the protocol involves mechanisms that can be very beneficial in the local and even economical terms.

For example, some countries, such as Ukraine and Kazakhstan, are interested in the so-called joint implementation projects. For Russia such projects are important in the oil and gas sector in particular, as they can address the problem of associated gas that brings losses and pollutes the atmosphere.

Russian companies are implementing projects for utilization of associated gas and receive extra money to implement them at the expense of units to reduce emissions under the Kyoto Protocol. Then they directly benefit from the additional amounts of hydrocarbons.

Thus, the "Kyoto 2", despite the low efficiency of the first Kyoto protocol, may well turn out to be a successful project. Especially considering that the transition to a new technological system is already happening, and adaptation of the industrial assets can be carried out through some international mechanisms.

Yet, whether it will work is a question of political will, first of all, for the U.S. and China.