Mysteries of the Multiverse: If there was ever a Must Read... 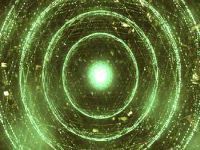 Have you heard the term "This is it!" before? Then forget everything else you have heard or read. Ladies and Gentlemen, This Is It! As the US-based writer Terrence Aym announces the release of his latest book, Mysteries of the Multiverse, we present Pravda.Ru's latest interview with the author.

Terrence Aym has had several of his materials published in Pravda.Ru. His new book Mysteries of the Multiverse is now available at Amazon and Barnes and Noble as a paperback and in four eReader platforms: Kindle, nook, iBook and Kobo.

Are you curious? Then here is a sample...

Why a Russian engineer claims he has a working time machine...

All about a deadly time vortex erupting in Antarctica...

The amazing truth about an American base on the Moon...

How the genius Nikola Tesla almost destroyed the world...

The astonishing story of America's war against a race of giants...

The evidence for terrifying, giant five foot spiders in the Congo...

PRAVDA: Terrence, how long have you been writing?

AYM: I wrote my first published story more than 25 years ago. The story was fiction and for a teenage romance magazine. I had my younger sister read it before I submitted the piece to the magazine. When she burst out crying, I knew I had a winner.

Three weeks after I sent them the manuscript I received an envelope back in the mail with a check. I made my first sale.

After that, I wrote sporadically. I didn't submit anything, but instead concentrated on my career in the financial markets. Although my three great loves were the arts, science and Wall Street, I had to choose one of them and chose the financial world as my initial profession.

During the 1990s I wrote some financial articles published by investor magazines and newspapers. It wasn't until 2009 that I began to seriously write, focusing on a new career and incorporating both my expertise in the financial world and interest in science within many of my articles.

I also write fiction and have several fiction book deals pending: one for a novel, the other for an anthology of short stories.

PRAVDA: Is this your first book?

This book is different from the other books I've written. Multiverse focuses on many things that have intrigued me since I was a child. It's a collection of 25 wide-ranging reports on the paranormal, strange and unexplained covering time travel, mysterious creatures, strange historical tales, and space anomalies.

Much of what's in the book is entirely new to the reading public.

PRAVDA: You have had many of your pieces published on Pravda.Ru. How do you get the inspiration for your work?

AYM: I could answer "my imagination," but my imagination has been shaped by my experiences. At a fairly early age I was exposed to ancient cultures and great mysteries. For instance, when I traveled with my parents to the ancient Aztec city of Teotihuacán in Mexico. I climbed the massive Pyramid of the Sun and touched the sacrificial altar where Aztec priests tore out the beating hearts of human sacrifices, seeking favors from the Sun god.

I walked the ruins and sifted through artifacts littering the ground around partially collapsed Aztec homes--long before archaeologists later swarmed over the region collecting and cataloging everything.

I've met shamans in the desert, seen Istanbul from the Golden Horn at sunrise, met a man who survived cobra bites by becoming one with the snake, and strolled back alleys of forbidden cities in the darkest corners of night.

At the same time I've participated in yacht races around the island of Oahu, Hawaii, and attended elite cocktail parties held in penthouse suites in the towers of Manhattan.

All these experiences--and many more--have created a tapestry of life I can draw from, especially the people I've met and learned from through the years.

Much of that comes out in my writing. Some may call it inspiration. I prefer to think of it as tapping into my personal well of people, places, and personalities while being simultaneously driven to explore some of the unexplained oddities of the human experience.

PRAVDA: What would you identify as the greatest influence on your writing or on you as a writer?

AYM: Perhaps the greatest influence in my life as relates to writing--other than the experiences I already mentioned--are the thoughts and ideas of some of the writers that touched my imagination and my spirit as I grew into adulthood.

Many writers influenced me from Poe to Pournelle, from Hemingway to Heinlein. I had the good fortune to actually meet some of them, like Isaac Asimov before he died, and rebel science fiction writer Harlan Ellison.

The writers who influenced me are too many to name, but some wrote only fiction while others stuck mainly to non-fiction. I've enjoyed and learned from writers as scholarly as Plutarch to as romantic as Dostoevsky.

A good writer often reads as much as he or she writes.

PRAVDA: What advice would you give to those who wish to make a living out of writing?

As for becoming a successful writer, the "Dean of Science Fiction," Robert A. Heinlein, once advised aspiring writers to "write, write, and write some more." Like any craft the more you work at it, the better you become. That advice applies whether someone is writing a novel, a biography, an industrial technical manual, or even commercial copy.

In one respect, writing is a science: there are rules and mechanics and certain "laws" that must be followed to be a good writer. But rules are made to be broken. That's where art enters the picture. Once you can successfully violate the rules--knowing when, why, and how to break them--then you can develop your own unique style.

No matter how something is written it must be written with clarity, whether the rules are being followed or not. Confusing the reader loses the reader. Famous author Mark Twain knew that and was a stickler for just the right word in all of his stories. Another author who approached her writing the same way was Ayn Rand.

The great majority of writers cannot make a livable wage from writing. Taking journalism at a university can help, but knowing how to write does not provide one with the talent to write, nor the necessary passion to write.

The best writers, the writers loved by millions, the writers remembered throughout the centuries, burned with a brilliant passion and were propelled forward by an insatiable desire to experience, absorb, wonder, deliberate, and create.

The masterpieces of literature that have survived into the 21st Century have strong threads of human passion woven tightly throughout the entire work. The works are truly timeless.

That's what successful writers should always strive to achieve.