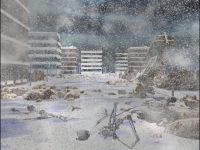 At the time of this writing, all indicators are pointing to an attack on Iran by the alliance of the US, Israel and the UK to curb its ambitions to go nuclear. Although Iran claims that nuclear energy they produce is for civilian use, the three powers mentioned, along with a host of others, are accusing the country of going nuclear for military purposes.

With the idea of a world domination stuck hard in their minds, the so-called Anglo-Saxon powers of the US, UK and France are on the prowl, looking for excuses to attack, invade and install puppet governments around the currently most susceptible regions that are in North Africa and the Middle East.

What other regions may be next on the list one may ponder! NATO, the armed wing of these imperialist powers sans Israel, are already putting missile shields around the great expanse of Russia in the pretext of defending Europe from sworn or rogue enemies like Iran and Syria. Iraq and Libya got eliminated from the list of rogues, in fact their societies got decimated and not just scratched off the list.

The US recently stationed around 3.500 Marines in Australia as a defensive measure. Is it to defend against China in the eventuality of something going wrong? Obviously yes! There can't be any other reason. Unless Australia and the US are afraid of the tribes from Papua New Guinea invading the Island.

By installing, occupying and invading the geographically important areas around the world, the important water-ways that help trade move will be in the control of the imperialist powers. This, if successful, will put a stranglehold on major powers and emerging powers like Russia, China or even India and Brazil. Then the eventual dependability will always remain with these imperialist powers and hence the intended control, as it was the reality during the colonial era.

It is apparent that the imperialist powers want to bring in a new form of colonialism wherever they can. So far they have tasted success in Iraq and Libya. Now the target is set on Iran and Syria.

But there is a danger in this move to attack or annihilate Iran or even Syria. Both are heavily armed nations, not in the sense of a conventional standing army or air force, but they are in possession of thousands of missiles.

An attack can bring retaliation and the launching of many a missile aimed at Israel. This, in turn, may force Israel to launch its deadly arsenal of nuclear missiles on Iran, thereby causing the total destruction of an ancient nation. Yes this scary scenario is very real according to the clock that is ticking towards a possible Armageddon.

What possible steps can stop this catastrophe from taking place? Trying some common sense or cajoling the powers to take it easy and give up their pursuit of world domination or asking Iran to stop and dismantle its nuclear program? Or asking Israel and Iran to shake hands and be friends?

Forget involving the other Arab nations such as Saudi Arabia, UAE, Qatar or Kuwait. They are insignificant in their own ways by being perfect stooges for the imperialist powers. They can't have any influence on anyone except to be the launching pads for the ex-colonialists whenever they want to enforce democracy from 30,000 feet.

With economic bankruptcy staring hard at their faces, the Europeans and the Americans (not the southern neighbours of the US), their mass media doing their part in mass misinformation of their audience, the hands of the poor imperialist powers seem to be tied in knots except to launch some military expedition to divert the minds of folks from the daily grind of suffering from unemployment, rising poverty in their backyards and falling standards of living, which at one time was the envy of the rest.

The imperialist powers know very well that if they launch expeditions to the North Pole, that won't divert the minds of people who are jobless or homeless or those involved with the Occupy Wall Street (OWS) movement. Hence devious minds are at it now.

The mighty corporations of the west own and run the Goebellian media and have the politicians in their deep pockets, who by their constituted powers turn the switch on the military industrial complexes in their respective countries to begin their attacks or invasions when needed. This is the basic working of a western 'democratic' country! This is the 1% that OWS is talking about and the world should be scared about.

Yes in the current scene this 1% may bring in a catastrophe to an area this world has not seen yet! Suppose there is a so-called selective strike on Iran by UKISUS. The expected retaliation and the deadly counter retaliation by Israel can most certainly bring, for the first time in human history, a winter called Nuclear-Winter to this area, a Wonder-Land where no living being dare live let alone tread!

The only hope is that countries like Russia and China station their military in these volatile areas of Iran or Syria to prevent any attack by UKISUS. The presence of these two militaries will deter these imperialist powers from any adventure in the fear of starting the III World War!

Time is of extreme importance in this instance to stop a carnage that is bound to take a huge toll on human lives, both on the Semitic an the Indo-Aryan types. Ah I forgot the Snow-Leopard and the Desert-Fox, for they will be gone too!

Perhaps it is time for the UN to act now. Their first sensible action should be to move either to Tehran or Tel Aviv. Worst case scenario, they too will disappear with the Desert-Fox or the Snow-Leopard!