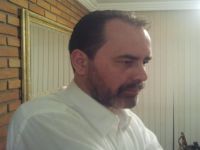 During the twenty-first century, Brazil still presents a facet of economic and social problems typical of the nineteenth century. This archaic mark, perhaps the result of delayed transition from agrarian to urban-industrial society, is seen in the socio-economic indicators as pointing a finger at the ready for consolidation of what is worst in terms of inequality, extreme poverty.

This poverty is marked by the hunger of 30 million Brazilians left to their fate, situated below the poverty line and indigence - depending on daily profits, according to criteria established by the UNDP-United Nations.

Extreme poverty - a condition typical of underdevelopment - the signal of which is acute social exclusion is a lot more striking when considering that the Brazilian economy - booming from one side (the economy), but stumbled on the other (social) - makes economic growth the only bargaining chip for the benefit of a few, as they live peacefully with the concentration of income, without taking into account that growth alone will not solve this problem. In our case, it is endemic.

What can indeed alleviate the misery of this twenty-first century is Brazil's vast idle land, and also, therefore, the hungry and jobless in the field characteristic, as a matter of fact, of 400 years of large estates. Known and forgotten are the structural reforms still not yet made, a project for the good of a nation. We still dream of achieving them, without a let down in the dream.

Reforms? First, the tax (freeing the tremendous burden from the backs of those who earn low wages also makes it impossible to consolidate a progressive structure. Today, those who get paid very little are those who win much), the social (and not the consolidated state welfare, despite advances secured by the Constitution of 1988). Finally, the agrarian (which keeps intact the land structure, whose characteristic is to be very concentrated).

Making these reforms to ease the social scourge of inequality is the biggest challenge to be faced by those who sit in the chair of the presidency from the first day of January 2011.

Added to this the emergence of another major challenge: to prepare from the present moment the economic structure to address the shortage of labor that will happen in 20 years.

That's right: Brazil, that has always had hand-labor abundant for simpler services, will suffer a reversal. The services considered simpler, whose low wages dispense with more refined qualifications, will be diminished in 2030. This stems from an unusual situation: according to demographers: there will be a considerable reduction of the nation.

Twenty years from now, in 2030, the number of births will be much smaller than the number of deaths. It is estimated that in 2030, we will have a population of 207 million, compared with 240 million that was provided by studies carried out by demographics in the early 1990s.

This relates to the aging process of the nation which therefore increases the difficulty in the training of a new workforce in the labor market. Remember this detail, that in 2008 there were 3 million people in Brazil aged 80 years or more.

In 2030, confirming these estimates, this number will exceed 20 million. That is, in 22 years there will be a significant jump. By 2025, Brazil, according to the UN, will occupy the sixth place in the world among countries with the largest number of older people.

Regarding the profile of the population, especially the aging population, today there is no adequate public social policy to deal with this fact. They lack the simplest conditions of accessibility to the elderly. There are no policies which focus on the sociability minimum that is required in a country that wants to be called a "serious country." We should also pay attention to economics in the study of this fact.

Methodological studies are already interested in this perspective, calling this area of ​​knowledge the "Economics of Longevity." Although today policies designed by the economics of longevity are still incomplete, it is expected that in a situation where we have an older population, as is the case in 2030, several problems are minimized.

Needless to point out that the size of an economy, with all its needs and potential, is directly related to the size and profile of its population. It should be remembered, however, that according to projections, by 2030 Brazil will be among the eight largest economies in the world, accumulating a GDP of U.S. $2.5 trillion.

GDP between now and then will grow 150%, indicating an average growth of 4% per year. We will be, in 2030, the fifth largest consumer market in the world - today we occupy the eighth position. Therefore, it seems that we will have all conditions to meet the situation when we get there.

As a nation, our view has always been to worship youth. It is now time to think of the "old age club" and to propose such a minimal sociability with respect to the white hair that helped build this nation project.

Márcio Pochmann, in a recent interview, points out this problem as well: "A country at a minimum will require sociability centers for entertainment, leisure and large scale culture. Today, unfortunately, our integration center is the shopping mall. There is no integration at all, there is this commodification of leisure time."

As we can see, the challenges are still present, the government enters, the government leaves. We can only wait and hope that the next delegate (or the next term) be sensitive, in fact, about it, and from the first day of work, begin to design public policies to reverse this situation. The time passes quickly. It's time to act! The year 2030 is right here!