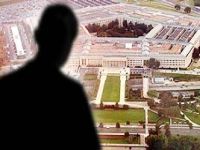 The Central Intelligence Agency of the United States employs hundreds of analysts for clues about the 'mood' of the local population and reactions to the country. They operate in monitoring social networks around the world in search of threats to national security. Relationships are also checked to probe local opinion. The revelation was made in an AP story, on Friday (4th).

According to the news agency, from Arabic to Mandarin, from an incensed tweet from a reflective blog, analysts gather information and cross them with local newspapers or even illegally intercept telephone conversations. With these data, they draw a picture about how many perceive the U.S. in a given country or the degree of satisfaction of the population.

A report said the team also managed to predict the events of the so-called "Arab Spring" in Egypt. "We have seen that social networks in places like Egypt could become a threat to the regime," said Doug Naqim, named director of the CIA Open Source Center.

The actions of the team began work on the recommendation of Congress after the attacks of 11/09. Today there are hundreds of analysts who study web access in China, to the ebb and flow of social groups on the streets in Pakistan. The exact number of how many people work for the United States in this function is not revealed.

According to the report, although most analysts are in Virginia, there are "virtual gossips" in U.S. embassies worldwide. The data collected on social networks is mated to polls to generate more accurate results.

The center began to focus on social media after seeing the reaction of Twitter users against the Iranian regime after the disputed election results of 2009 in that country with Mahmoud Ahmadinejad's reelection.

Another episode was the group that acted in the death of Bin Laden. After his death in Pakistan in May, the CIA went on Twitter to guide the White House on global public opinion. President Barack Obama receives reports almost daily from the group. With that, he was told that most of the tweets in Urdu, the language of Pakistan, and Chinese, were negative to the U.S. at that time. Pakistani officials protested the attack as an affront to the sovereignty of the country.

Sites like Facebook and Twitter have also become a key resource for following a crisis such as the riots that raged in Bangkok (Thailand) in April and May last year.