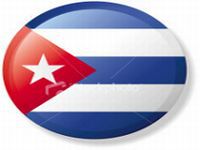 Speech by Miguel Diaz-Canel, Minister of Higher Education of Cuba in the General Assembly of UNESCO:

"The world is outraged. People rebel against the injustices and empty promises. They are indignant by the accumulated frustrations and lack of hope. They rebel against a devastating system that no longer can continue deceiving with a fake human face.

A system that continues to marginalize excluded majorities in favor of a handful of privileged people who have everything. That do not notice the rescue of corrupt bankers who multiply their profits, while reducing the resources for education, health or job creation.

The crisis of the capitalist system is systemic and multisectoral. It is a financial crisis, and also one of economic and social ethics. The powerful place their stake in war as a means of their salvation. They divide the world among themselves and with impunity entrust the task to the bellicose NATO. They are still not finished destroying Libya, and are already threatening Syria. Who of us will follow them?

They conduct a new kind of war with weapons that are called "smart," but they kill and destroy indiscriminately. They are wars of conquest to appropriate the energy and mineral resources with which to oxygenate their voracious economies. With the complicity of their media emporiums, which act as weapons in combat, they try to convince us in favor of "regime change" and "responsibility to protect." It is a new philosophy put into practice for the same goal: to continue exploiting us.

The only offense that their weapons cannot get rid of is their greedy companies, and the only legitimate dispute that they are not willing to undertake, which is the necessary one against hunger, illiteracy, lack of education and poverty to effectively democratize democracy, protect the excluded and change the current world order.

UNESCO, which declared in its charter, "since wars begin in the minds of men, it is in the minds of men that they should build the defenses of peace," a vanguard paper is called for to play a leading role in the relentless struggle for a better world in which human beings could live free of want and ignorance.

It is in UNESCO where there must be a stand for the weapons of education, science and culture to fight for peace and mutual understanding, so that the bombs stop killing and maiming human beings, so that the schools are not destroyed, not even museums, so that science progresses in the laboratories and culture enriches the spiritual world. So that present and future generations can enjoy the unique and unrepeatable beauty of the system and its more than 900 world heritage sites.

For that it is necessary to re-found the organization which must be done with haste and decision. The ongoing reform, which our active and energetic Director-General undertook, needs to get to the very foundations of the institution.

It must be deep and radical. It must reposition and make our action more visible. It should come out of bureaucratic offices to reach the common people and meet their basic needs, those who have a mandate.

Cuba, poor and blocked with its literacy method "Yes I Can," arranged in a short time and with few resources, but with great passion for development to provide literacy to 5,706,082 people in 28 countries in Latin America and the Caribbean, Africa, Europe and Oceania. We thank the Director-General for his recognition of the effectiveness of this program as a method of South-South cooperation, and he reiterated his willingness to host the best practices in education.

The 36th General Conference should lay the agendas of change and repositioning of UNESCO in the multilateral system.

The Conference should speak further, and hopefully do it in a clear and unequivocal manner in relation to an issue of critical importance: the admission of Palestine as a member state of UNESCO. This is not a question of an option. This is a moral and ethical obligation on the cruel and prolonged injustice suffered by the Palestinian people. Cuba reiterates its firm and resolute support of the request of Palestine and hopes that the decision of joining UNESCO contributes to the goals of peace and universality that animate our organization.

I must not conclude my words, without complaint and demanding, on behalf of the Cuban people, to release our five heroes, four of them unjustly prisoners in prisons of the empire and one, Rene, serving a further three years that are falsely called "probation."

It follows that Cuba, is firmly committed to UNESCO and the values ​​it represents and supports the leadership of the Director-General for the strengthening and re-establishment of the Organization.