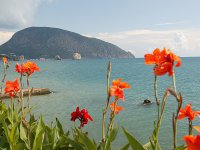 Billionaire Peter Thiel, the founder of PayPal, continues to invest in the project of building "new" settlements in neutral oceanic waters. The entrepreneur, the co-owner of Facebook, YouTube and LinkedIn, has already invested $1.25 billion in the project. This is not the first attempt to create utopia, although it has all chances to become successful.

Unlike Thiel's project, a number of existent independent territories appeared as a result of experiments conducted with the international law. There were no economic calculations conducted, whereas the investments in the project were nothing but official letters and various state attributes, like postmarks.

One of such territories is known as The Grand Duchy of Westarctica. This micronation was created by American Travis McHenry in 2001. The bulk of the micronation's claimed territory consists of Marie Byrd Land. He decided to claim Marie Byrd Land as a country upon discovering that no country yet claimed it. McHenry declared himself the ruler of that land and sent out official documents to all members of the Antarctic Treaty. In addition to the ruler, the country has several coins and stamps.

The Republic of Molossia is situated on the territory of Nevada, the USA. The republic was founded in 1977 by Kevin Baugh in accordance with articles of the UN International Covenant on Civil and Political Rights.

This micronation has a constitution and the national assembly, but they are not valid because of the military situation. The situation was introduced because of the permanent threat of incursion from the USA. Molossia has territorial claims to the lands of Pennsylvania and northern California.

The Principality of Hutt River in Australia is one of the largest unconventional states. It was founded in 1970 by Leonard George Casley. The micronation takes 75 km2 of land near the town of Northampton in the west of Australia. The nation was formed because of the quotas on wheat sales, which discriminated the landowner.

Casley found the law which gave an opportunity for British colonies to separate from the mother country. The principality has not been recognized by any other country. One can obtain the citizenship of the principality on the website of the micronation by paying a small fee. The "country" already has as many as 18,000 nationals across the globe.

Freetown Christiania, a quarter less than one square kilometer in size in Copenhagen, is much more famous. The free town was born in 1971 on the base of abandoned military barracks. The independent self-governing commune allows the circulation of light legal drugs. Local laws ban cars, robbery, hard drugs, firearms and bulletproof vests. The anarchic community still exists today.

In 1968, Italian architect and real estate investor Giorgio Rosa built a platform of 400 square meters 14 kilometers off the city of Rimini. The project originally appeared for tourist purposes, but the platform was then renamed to The Republic of Rose Island. The republic declared independence and announced the intention to issue its own currency. The Italian authorities quickly realized that the new establishment threatened Italy's financial stability as it could become a "tax haven." The Italian navy destroyed the platform. Now Rosa is known as the "government in exile."

The Principality of Sealand is another well-known unrecognized entity. The principality is situated 10 kilometers off the coast of Great Britain on a naval platform. This platform-based entity declared independence in 1967. The "country" is headed by the former British Major Paddy Roy Bates. Sealand is situated in international waters.

Another attempt to found a community without taxes, subsides and allowances was made by real estate mogul Michael Oliver. The Lithuanian immigrant of Jewish descent invested in the micronation project of the Republic of Minerva in the South Pacific, between Tonga and New Zealand. Tonga officials claimed, though, that the artificial island was situated in the country's territorial waters. Tonga conducted a military operation against the Republic. The operation was silently supported by New Zealand and Australia.

The idea to create the island utopia, in which PayPal's founder Peter Thiel plans to invest, belongs to former Google employee Patri Friedman. According to him, the political system of the modern world lags some 200 years behind the development of the human being. Friedman believes that the modern system offers no opportunities for experiments.

According to Thiel, the micronations can be built on oil rig-like platforms that would be enough for 270 residents. He believes that the islands could be important in "experimenting with new ideas for government," such as no welfare, no minimum wage, fewer weapons restrictions, and looser building codes.

Thiel plans to start working on the project in 2012. The first stage is to be finished in seven years. The buildings on oil rig-like platforms will be diesel-powered and moveable. The first experimental floating platform, designed by Seasteading Institute, will be called ClubStead hotel/resort.