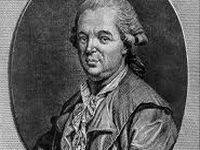 Franz Anton Mesmer, a German physician, went down in history as a healer and the discoverer of the so-called animal magnetism. Mesmer theorized that there was a natural energetic transference that occurred between all animated and inanimate objects. The physician, whose name is the root of the English verb 'mesmerize', used animal magnetism to cure mental disorders. Most researchers say that Mesmer was a charlatan, although some others believe that there was a grain of truth in Mesmer's theories.

Franz Mesmer was born in the village of Iznang, on the shore of Lake Constance in Swabia, Germany in 1734. He studied in Vienna and received degrees in theology, philosophy and medicine. After his studies, he married a wealthy widow. The marriage relieved him of the thoughts about daily bread, so he decided to devote himself to arts.

Mesmer was a professional musician. He played instruments with Leopold Mozart and his son - Wolfgang Amadeus, the would-be great composer. He did not make a successful career in music and returned to medicine.

His paid attention to Paracelsus' works about healing with the help of magnets. The doctor conducted his first experiment on his patient in 1774. The woman was suffering from headaches, convulsions, nausea, partial paralysis and delirium. The medications, which Mesmer prescribed for her, did not help. The doctor decided to place several strong magnets on the woman's chest after she had had another seizure. The woman was having a convulsionary attack, which then subsided.

After several sessions with the use of magnets, the patient recovered completely. Mesmer opened his own clinic in Vienna, where he started to practice his discovery - animal magnetism. His patients were mostly women who suffered from hysteria.

One of his patients was a foster daughter of Empress Maria Theresia - Maria Theresia Paradis. The 18-year-old girl lost eyesight at age 4. The magnetic therapy was at first successful: the girl could see again. However, she became blind some time later. A committee of the Vienna University investigated the case and came to conclusion that Mesmer simply made the girl think that she had been healed.

A scandal erupted, and Mesmer had to leave Vienna. He was traveling across Switzerland and Bavaria demonstrating his animal magnetism experiments. On November 28, 1775, Mesmer was elected a member of the Bavarian Academy of Sciences. However, authorities eventually declared him a charlatan and deported him from Bavaria. Mesmer moved to Paris.

In his clinic at Vendome Square, Mesmer would ask a group of patients to sit around a wooden tank filled with water. The tank had many handles, and each of the patients was holding on either to the handle or to their neighbor. The doctor would touch the tank with a magnet, and the patients would show different reactions. Some would laugh, others would cry, some others would have hallucinations. Some people even developed fortune-telling abilities after the sessions. Many of them were cured of their ailments.

Afterwards, Mesmer began to magnetize not only humans, but animals, water and various objects. He was certain that magnets transferred healing power to everything that they touched. The physician became extremely popular in the high society, even in the Royal Household.

However, a committee of the department for medicine of the French Academy of Sciences launched investigation into Mesmer's magnetic therapy. The scientists came to conclusion that "magnetism" did not exist, that it was only imagination.

Mesmer was forced to leave Paris. He settled in a small town near Zurich and lost all his fame. He died in 1815, at age 81.

Nowadays, researchers believe that "magnetism" was a forerunner of modern hypnosis. According to them, Mesmer had a gift of neuroinduction, which helped him cure certain neurotic diseases.