The world temple of knowledge is dying online 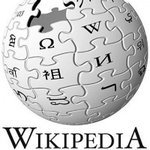 Wikipedia has recently celebrated its tenth anniversary. The project has earned immense reputation all over the world during a very short period of time. The online encyclopedia has become the priceless source of information for millions and millions of people worldwide. Today Wikipedia is just as important for young people as Encyclopedia Britannica or the Great Soviet Encyclopedia used for be for people of older generations.

The idea to gather all knowledge of the world in one place is not new. The first attempt do to that was made in ancient Egypt with the establishment of the the Alexandrian Library, which stored hundreds of thousands of papyrus rolls. The library was lost and physically destroyed during wars.

The electronic encyclopedia faces a completely different danger nowadays. The number of volunteers, who write articles in almost 300 languages and upload them in the virtual temple of learning, has been decreasing steadily. The trend was acknowledged by Jimmy Wales, a co-founder of the project.

Incredible enthusiasm surrounded Wiki during the first five years of its existence. People would virtually fight for the right to post their publications on the encyclopedia first. The number of authors and articles was growing on the exponential curve. In 2006, after the first five years, the quantity of enthusiasts began to decline. The trend had become obvious by 2007 and remains the same today.

Those people, who still show interest in the project, prefer to edit articles by checking, verifying and correcting information in them. Why did people lose interest in such a grandiose idea? It seemed at first that Wikipedia gave an opportunity to put all knowledge of mankind together and make it available to millions.

One of the simplest theories to explain this says that knowledge has been exhausted. All articles about history, prominent people, geographical or natural phenomena, animals, continents, mainlands, etc - all those articles have been written. Some room has been left in the field of narrowly-specialized categories of knowledge, but this room is narrow already. If you go to Wikipedia, you will be able to find articles to such inquiries as lysergic acid or synchronization circuits.

Has it really taken only ten years to collect the experience and knowledge of many centuries? The fact that the online encyclopedia has 15 million authors and 19 million articles does not make this idea absurd, though.

The changed politics of the website is another possible reason of its decline. Until recently, anyone could write an article and post it on the website after a simple registration process. Nowadays, an author will have to insert a great deal of links in their piece of work because any new article has something in common with old ones. "Respectable" authors of the encyclopedia may also find faults with newcomers, which may annoy the latter.

To put it in a nutshell, Wikipedia has its own hierarchy, classes and even a form of hazing. Needless to say that there are not many of those who have time and energy to prove their right to work for free.

Previously, the authors would simply enjoy the psychological renumeration for their work. They were happy to be a part of the global project. "My article is on Wikipedia" - people would take this as their personal achievement - something that they have done themselves for others. Nowadays, everyone is used to having Wikipedia as a source of information, it is no longer considered as something special.

The authors of the project are trying to find a way out of the situation. To compensate people's work, readers can say a virtual "thank you" to authors. This technology is similar to "Like" buttons on social networks.

It is also worth mentioning that the majority of authors of the global online encyclopedia are young males. It is not clear whether this aspect showed influence on the quantity and quality of articles, but it did affect the choice of subjects. For example, the article about the iPad is four times longer than the article about "Glamour" (the iPad article also contains a lot more hyperlinks). However, the article about supplemental feeding is a very detailed one too, and we can say only thank its authors for that. Apparently, proper baby care is a subject that interests both men and women alike. One shall assume that the gender structure of Wiki authors was affected by the pressure of local leaders. Men can prove their predominance much better than women can. The majority of women, being practical creatures, prefer not to do anything that does not bring notable benefit.

We are almost tempted to say that people have lost interest in the global encyclopedia simply because of laziness and selfishness. Why would anyone spend hours and hours on something that does not bring money or anything else? However, the interest in Wikipedia was immense in the beginning of the 2000s. Has mankind changed so much in a decade? Most likely, the encyclopedia is no longer the medium for the people. Many switched to social networks and personal blogs, where no one can moderate the things that they write.

Will Wikipedia eventually come to a standstill? It is quite possible. However, it is also possible that the encyclopedia will be born again as new enthusiasts and new realities of life appear.