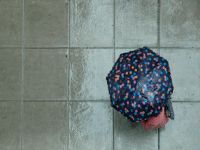 According to the State Civil Defence authorities of Brazil, over six thousand people have been left homeless in the wake of flash floods in Ribeira Valley, São Paulo, where the river Ribeira has risen to nine metres above normal. The situation is critical in the municipalities of Eldorado and Iporanga. Meanwhile in Paraná, a further 17,000 people have been isolated by torrential rainfall while floods spread havic in Pernambuco.

The Brazilian Civil Defence authorities are in the process of sending food aid to the worst affected areas of São Paulo, namely the municipalities of Iporanga and Eldorado. Water, electricity, communications services have been swept away leaving pockets of people isolated.

Continuous heavy rainfall promises to compound the difficult situation, because water is pouring down hillsides swelling already bursting rivers across the region, leading the authorities to muster all the resources nthey have to hand.

In the State of Paraná, also in southern Brazil, seventeen thousand people have been affected after heavy rains swept through the State at the weekend. Bridges were carried away in the floods leaving villages isolated in at least 13 municipalities, according to the local authotiries.

Finally, in Pernambuco in the north-east of Brazil, five thousand people have been affected by floodwaters.