Learning with the Soul of Amy Winehouse 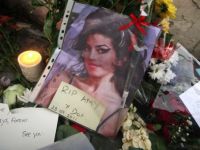 Writing an obituary is a time for reflection, of weighing up values and contemplating what really matters in life, because we are writing about a person who is no longer among us, physically at least. The wealth of information on Amy Winehouse is witness to her talent. However, her death, as much as her life, is also a legacy.

There cannot be any doubt at all that Amy Jade Winehouse will enter the annals of musical history as one of the most talented musicians and songwriters of modern times. Some even claim that after just two albums (Frank and Back to Black), she revived the British music scene from the doldrums of boy bands, putting some substance and spirit into that vapid no-go area after the Spice Girls sprayed some gloss after Punk.

There is no point in reiterating what has already been written by experts far better qualified to comment on her music than myself, except to say that her voice was unique, a voice which carried her soul from deep inside and gave it wings, mingling with the souls of those who heard her songs and listened to her lyrics. It was more than a voice and a person - it was a spirit and it connected with an invisible force which transcended space and time and cultures.

Her career actually spanned 13 years since she began writing songs at fourteen years of age and during this time, she not only left her indelible mark on both sides of the Atlantic,

which adds to her tremendous value on the music scene in general, not just in London but she also broke many barriers in terms of the awards she won (Mercury Prize nomination, 5 Grammy Awards - including Best New Artist, Record of the Year, Song of the Year - BRIT Best Female Artist), and fundamentally, where she was taking music to.

She re-examined the movements of the previous decades, which somehow seemed to be imprinted in her plasma, giving them new life, airing new ideas but based on the solid foundations of a myriad of musical influences. In two words, all of this can be described as "Amy Winehouse".

Amy Winehouse the musician was and will remain a genius alongside all the other stars, some of whom also died at 27 years of age. And here is the legacy she leaves outside music. Despite all the talent and the promise, her life was scarred by the scourge of substance abuse. Many people do not realise the tremendous amount of hard, invisible, work that has to be done behind the scenes to reach the level of stardom that Amy Winehouse attained.

Standing on the stage, surrounded by thousands of people, you can think you are in the middle of a crowd but you can also be the loneliest person on the planet. Perhaps in Amy Winehouse's case, giving wings to that soul took so much out of her that she felt the need to compensate. This was the beginning of the end. Her erratic performances are focused on my some, yet they are diluted in the many good nights and great times she gave millions of people over the years. Let us remember her not for a few stumbles on stage (she did have an issue with live performances and that dividing line between enhancing your performance with a bottle of wine and a few shots of vodka and going one over the top, whereupon it hits you in the middle of a song is not easy to manage); let us remember her, though, for her genius.

With some people, it is chocolate, with others, cigarettes, others, alcohol, others drugs and in her case, all of them. However talented you are and however rich you may be, the bottom line is that in the equation which constitutes the human being, while substance abuse is a constant factor, it is also implacable: whoever you are and however high you may be, the fall is identical.

For those who start by smoking a few joints, start dabbling with crack or begin chasing the dragon, in all cases claiming they can "handle it", in over ninety per cent of the cases, they cannot and will not. Drugs do damage and in a very short space of time, the neurons are affected to the extent that when the user wakes up and realises he or she is getting dependent, it is too late. The rest is a downwards vortex which engulfs families and societies and destroys lives within a very short space of time.

Let the youngsters of today use the legacy of Amy Winehouse as a means to ensure that future generations remember her message through her work and remember her legacy through her life, and death.