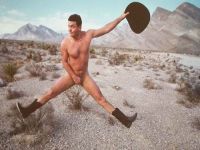 A man was allegedly pestering a female neighbour in Bangladesh. The more forceful and bold his advances became, the more fed up his victim grew, until one fateful day when her patience snapped and she decided to cut him down to size with a snip: she cut off the man's penis with a knife.

This is the Bangladeshi version of the United States of America's Loreena "these knives will cut anything" Bobbitt story. Far from being a Bollywood blockbuster, or the Bengali beaver-basher version of it, it is a tale of courage, a woman standing up for her rights, and meting out sharp justice to her would-be attacker.

The woman's name is Monju Begum, who lived in a shantytown in the village of Mirzapur, district of Jhalakathi around 200 kilometres south of the capital city of Bangladesh, Dhaka. She claims that her neighbour, Mozammel Haq Mazi, had been pestering her for the last six months and that his advances became more and more forceful. His last attempt was too much so, for she claims he attempted to rape her.

As he forced his way into her hut and started to assault her, alleges forty-year-old married mother of three Monju Begum, she saw red, grabbed a knife, cut off the man's penis and then took it to a police station in a plastic bag as proof of the crime. Police spokesperson Abul Khaer stated in an interview with the BBC that "She said she fought back and cut off his penis and brought it to our police station in a polythene bag to prove that Mr. Mazi tried to rape her. She has registered a case accusing him of attempted rape". "It is quite an unusual incident," he added. "As far as I am aware, this is the first time that a woman has brought a severed penis to the police station as evidence."

The victim denies the allegations, claiming that the couple had a consenting sexual relationship and that when he refused to leave his family and run off with Mrs. Begum, she flew into a fury and snipped his manhood clean off. Mr. Mazi is not nearly so lucky as John Wayne Bobbit, whose pecker was so famously severed in 1993. The surgeon claimed that too long a period of time elapsed before the police brought the private part to the hospital and that they were simply treating the victim so that he could urinate normally without his organ.

What a difference when compared to the famous Bobbitt case. John Wayne Bobbitt went on to make money from his reattached tool, forming a band called The Severed Parts and appearing in adult films John Wayne Bobbitt: Uncut (1994) and Frankenpenis (1996).