Vestiges of slavery can be found everywhere in Russia 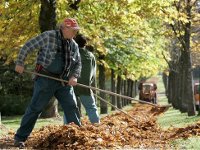 As Russian textbooks on history say, the slave-owining system was replaced with feudalism, which transformed into capitalism. The latter was then destroyed by socialism in 1917. However, slavery has not disappeared in Russia. It has evolved into a modern and, so to speak, progressive form.

One does not need time machine nowadays to plunge into the era of slavery in Russia. One does not have to travel somewhere far away either. One only needs to go to Moscow and its suburbs, where guest-workers from former Soviet states or homeless and unemployed Russians try to find any kind of job to survive.

Chechnya with its "prisoners of the Caucasus" had the reputation of the slave-owning enclave in the Russian Federation for a long time. Slave labor is used practically universally in many republic of the Northern Caucasus.

In July of 2009, directors of 13 brick-making factories in Dagestan were called into criminal account for the use of slave labor in their work. The republic of Ingushetia also enjoys the sad reputation of Russia's slave-owing region. Why is slavery still possible in the modern world? One of the reasons is the psychology of slaves, which most of the Russian population have been acquiring for hundreds of centuries. Slavery was widely used during the Soviet period, whereas the adequate ideology was used as the support.

One can easily find many instances of manifestation slavery in modern-day Russia. Salary delays, bonus cuts, off hour work for free, etc. Many Russians live like that and are used to it. People turn a blind eye on such gross violations of law and are ready to tolerate all that not to lose their jobs.

According to the Russian Statistics Agency, past-due salary payments in the Russian Federation increased by two percent in April of this year and made up 2.779 billion rubles. The statistics only covers the "'transparent" spheres of economy, whereas slavery mostly prospers in small business.

It seems that the situation with backdated salaries was supposed to improve after the approval of the new law in 2008. The law stipulated tougher punishment for delaying salary payment to employees. If employers do not pay salary to their employees for three months or longer for their own selfish interests, they can be sentenced to the fine of up to 120,000 rubles ($4,000) or a prison sentence of up to one year.

It just so happens that the Russian authorities toughen the punishment for backdated wages on the one hand and legalized three-month-long slavery.