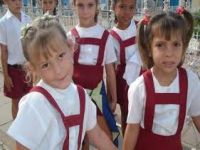 Cuba was declared the first territory free of illiteracy in Latin America in 1961 after a campaign, whose validity remains today as hope to 26 nations involved in a crusade against ignorance. The director of the National Museum of the Literacy Campaign, Yara Luisa Campos, Prensa Latina, said one of the great merits of the revolution was to transform 69 structures into schools.

This step, she said, came from the need to educate children, adolescents and young adults, but there were few teachers in the Caribbean nation.

As a result, on April 22, 1960, the Commander in Chief, Fidel Castro, leader of the Revolution, called on students and workers to transform into volunteers.

At the United Nations on September 26, 1960, Fidel Castro announced a literacy campaign to be held in Cuba which would eradicate illiteracy in less than a year, the experienced teacher recalled.

This challenge of the new Cuba - incredible to many people - did not escape the hatred expressed against the Revolutionary Government by the United States and it immediately became the first victim of state terrorism practiced by Washington. One of them, the literacy teacher, Conrado Benítez, was killed on January 5, 1961, only 18 years old, the historian lamented.

Fidel Castro, during the convention at the headquarters of the Leoncio Vidal Abel Santamaría City School in Santa Clara on January 28, 1961, called for 100,000 student volunteers over 13 years of age.

There were over 105,000 between 14 to 16 years old, some were between nine and 13 years old, plus two boys were seven years old and in the third grade, said Campos. In this revolutionary effort, 268,420 literacy teachers participated. Of them, 34,000 were professionals and the rest were housewives, homemakers, retirees, students and workers, said Campos.

She reiterated that the true protagonists of the Literacy Campaign were the people who go to the most remote areas of the country, jails and even the boats of fishermen.

One episode, part of the history of the Literacy Campaign, was the failed Bay of Pigs mercenary invasion in April 1961, organized by the U.S. Government. But the military aggression did not stop the battle against ignorance and the popular literacy campaign had run its course and put to the test the revolutionary spirit of its participants, the expert said.

Prior to the Girón attack (Bay of Pigs) on April 15, 1961, airports in San Antonio de los Baños and Ciudad Libertad were bombed in order to damage the tiny country's air force in order to prevent its response to further landings.

Close to the second airfield on the same day, a sizeable group of youths left the camp where they received a brief methodology training to achieve their educational task.

They were members of the Conrado Benítez detachment, whose name in literacy is honored having been murdered by counterrevolutionaries. Those young men went out almost at the beginning of the battle at Giron to educate illiterate peasants to read and write.

When mercenaries reached Cienaga de Zapata, there were 30 literacy teachers in the pilot zone, because they were part of a study that the government anticipated organizing for the 100,000 students that Fidel Castro called for in his literacy task, becoming part of the national character.

During the invasion, two of them - one 14 and one 19 years old - were taken prisoner by the attackers who were part of the mercenary brigade organized and financed by the Central Intelligence Agency of the United States (CIA), said the expert. Despite heavy fighting in the Bay of Pigs, the Literacy Campaign continued its course and many of the protagonists who were near the area were willing to exchange their teaching materials for a rifle.

But Fidel Castro's command was clear: the literacy campaign should never be interrupted however violently they were fighting against the invaders. 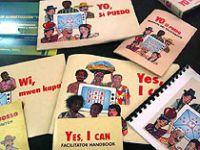 The Cuban Literacy Campaign spread its influence and Cuba has participated since the decade of the 70s to include other nations in a crusade against ignorance. Hence the presence of Cuban teachers in Nicaragua at the request of President Daniel Ortega during his first term, and in Angola at the request of former president Agostinho Neto.

The most recent example is the Cuban literacy method "Yes I can" and "Yes I can continue," implemented in different countries which combines elements from the primers used in Cuba in 1961, and has already benefited 26 nations.

To this end, the program was endowed with audiovisual elements, vocabulary appropriate to each country, and was translated into several languages ​​including indigenous languages.

Today as well as in Cuba, the proud director of the National Museum of the Literacy Campaign noted that illiteracy was eradicated in Venezuela, the second country in Latin America, in addition to Bolivia and Nicaragua.