Apple and Disneyland keep their workers in hell 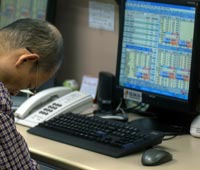 More than a half of Russians are happy with their jobs, the results of various opinion polls show. There are many of those, of course, who believe that their salaries and jobs are not good enough. The people from the second category should apparently visit Foxconn factories in China. All employees of those factories signed written statements not to commit suicide. Disneyland is another example. The employes of the world-famous these parks call Disney World and related theme parks as Mauschwitz (Mouse+Auschwitz).

According to Russia's VCIOM think tank, the majority of Russians are satisfied with their jobs - 68 percent. As for the rest, eleven percent of the polled complained that they had intense jobs. Ten percent claimed that they could not see any prospect for career promotion. Nine percent of respondents said that their jobs were not related to their specialization. Eight percent said that their work conditions were bad. Six percent of the polled said that they would like to change their job because it was not interesting and because it did not give them the feeling of financial security. Two percent of respondents stated that they did not want to work for someone else and would rather open their own business.

Cognition comes through comparison. One can only imagine how those numbers could change if 60-hour working weeks would be introduced in Russia.

Employees of China's Foxconn factories would be overwhelmed to have 60-hour working weeks, though. Foxconn assembled Apple's extremely popular iPads and iPhones.

Fourteen employees of the factory have already committed suicide because of tiny salaries and hard working conditions. At first, the administration of the factory mounted steel nets underneath the windows of the dormitory, where factory employees live. Afterwards, it was decided to make everyone sign suicide-preventing papers. If an employee commits suicide anyway, his or her family will receive a very small compensation.

This curious story surfaced because of the research conducted by independent experts who thought that the suicides were based on the working conditions at the factories. The popularity of Apple's devices is enormous, but the Chinese workers would only have one day off every two weeks. The workers are not allowed to talk during work hours, nor can they see their loved ones. To crown it all, the employes of the factory work more than 100 hours a month. The workers do not get any rest even at the above-mentioned dormitory: there are up to 24 people living in each room.

Disneyland also hold a record on the number of suicides committed by its employees. Every European child dreams of going to Walt Disney's park, although this park is like hell for those who work there. Indeed, it is hard to believe that army service in Afghanistan can be more pleasant than a working day in the "happiest place on Earth." This became known owing to an opinion poll conducted by a US-based recruitment company. Disney World was placed on the 41st position on the ranking, whereas army service in Afghanistan was placed a lot higher. Disneyland's employees call their job Mauschwitz - a word created from "mouse" (Mickey-Mouse) and Auschwitz - a Nazi concentration camp in Poland. Guy-Bruno Mboe, a leader of a Disneyland union, said that people had to work under monstrous conditions indeed.