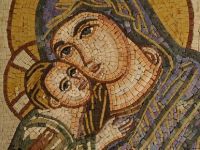 More and more Anglicans are converting to Catholicism over the more liberal doctrinal practices of the Church of England. One of the main questions causing problems is the ordination of female bishops. Now, at one of the peaks of religious activity, some 900 Anglicans are preparing to convert to Catholicism.

Will the Anglican and Roman Catholic Churches merge? Pope Benedict XVI has created the Ordinariate, a special section of the Roman Catholic Church which will receive former clergy from former Anglican dioceses in England and Wales. The wave of conversions this Easter follows a first wave of 600 Anglicans who converted on Ash Wednesday, the first day of Lent and five former bishops have been ordained as Roman Catholic priests.

In the United Kingdom, there are more Roman Catholic church-goers (around one million) than Anglicans and the liberalism of the Anglican church, prevalent mainly in North America (USA and Canada) is dividing the church in the United Kingdom, while creating a furore in more conservative regions, such as in Africa.

The decision to ordain women bishops is one of the vectors seen as being more Protestant which alienates the conservative or Catholic wing of the Anglican Church.

The Ordinariate is a first step towards the Roman Catholic Church receiving the Anglicans under their wing, allowing a certain space for discipline, if not necessarily a divergence of doctrine. In this way the Ordinariate allows Anglicans to maintain their special identity within the Roman Catholic Church. It will be maintained through charity-based funding but the priests will not receive a salary.

The Anglican church began with the rift between King Henry VIII and Rome (1530s) and culminated in the rejection of Papal Supremacy over the Church, freeing the Monarch from paying the tithe to Rome (a third of income) and thereby bolstering the royal treasury. While Henry VIII died a Catholic, albeit excommunicated, in the ensuing decades the English Catholic Church suffered some influences from the new Protestant movements in Europe.

However the Anglican Church was always careful to offer a via media (and increasingly, a modus operandi based more upon the congregation) between the radical and liberal elements in Protestantism and the more conservative tenets of Catholicism. As this via media spread around the British Empire, over time, the pressures and practices endemic in local communities started to influence the discipline, if not the doctrine, practiced in Mass.

Today, the Anglican Church is at breaking point, whereby what is acceptable in more liberal communities is perceived as heresy by more conservative congregations. The United Kingdom finds itself somewhere in the middle. Hence the wave of conversions this Easter and the tremendous debate and dialogue within the Anglican Church today.